1. How and when did you become interested in photography?

When I was around 11 I pulled apart my mother’s Kodak instamatic to see how the shutter worked. I ended up breaking the camera in the process. A friend then gave us an old Canon 35mm rangefinder but mum didn’t understand the manual settings. So I went to the library and found a book on photography and figured it out. It wasn’t difficult to convince her to give me the camera and I became the family photographer after that. But I was only allowed to make portraits. I was told anything else was a “waste of film”. Around the same age I began to draw, which became my main creative outlet. I didn’t do much with photography until my mid-20s when I made a series of self-portraits on sepia film. I took the film to the only photographer in town to have it developed at his lab. When I picked up the prints the shop assistant asked me to wait because the photographer wanted to talk to me. The photographer said he wanted to meet because he assumed I was a commercial photographer. That experience encouraged me to take photography more seriously.

2. Is there any artist/photographer who inspired your art?

I admire many photographs for different reasons and I admire many paintings as well – realistic and surrealistic. My favorite painters are: Rene Magritte, Tamara De Lempicka, Salvador Dali. Photographers I admire are: Man Ray, Dianne Arbus, Weegee, Cecil Beaton, George Hurrell, Clarence Bull, Horst P. Host and others. I can’t really say for sure that any of them “inspired” me in any particular way, but I know that inspiration comes in many different forms. Sometimes I see an image and I really don’t like it but even that influences me to go in a different direction… so it’s all good.

3. What fascinates you in Tintype photography?

In 2013 when I started this process I initially fell in love with the aesthetics or the “vintage look” you get from the chemicals used in the wet-plate process. I love how color translates using this process because it’s UV sensitive. Blue eyes look almost white and ghostly. Freckles look very dark and contrasty. Tan skin looks darker and leathery. Some people find the resulting portraits unflattering and are surprised how they look, but I think they’re really beautiful and unique. I also enjoy working with the chemistry and the limitations of primitive lenses and cameras. It definitely slows me down. When I was working commercially with digital cameras I was often overwhelmed by the sheer number of images and all the editing choices. I enjoy the simplicity of making an image from start to finish. I’m pretty much stuck with what I get. Each tintype is unique and one of a kind (no negative). It either comes out right, or you throw it out and start over. It’s about as close to painting as you can get with photography. I get a feeling of accomplishment every time I see the image appear in the fixer and I see that it worked out right. Even though it’s challenging and takes a long time to make just a few pictures, it’s really quite simple because the work ends once the plates are made and varnished. No editing. No making prints. It’s also nice to know I’m making something that’s going to last a few hundred years instead of putting pixels on a hard drive. Even the best inkjet print isn’t as archival as a varnished tintype.

4. Why do you work in black and white rather than colour?

I’ve always prefered black and white. Perhaps because I grew up watching a lot of old movies from the 30s and 40s on TV. I think color can often be the first thing people notice in a photograph. I’ve seen people buy art based on whether or not the color “matches the sofa,” which is ridiculous. I’d rather people choose my images based on the concept or composition. In the past I’ve used color, but I definitely prefer black and white.

5. How much preparation do you put into taking a photograph/series of photographs?

I used to write down ideas in a little notebook, but I haven’t done that in years. Now. if I get an idea, I think about it for a while and eventually I try to make a photograph of it if it stays with me. At the moment I mainly work in my home studio. It’s difficult taking all my equipment on location to make tintypes because it involves having a darkroom handy. I’ve made a darkbox to use when I’m on location and it works fine. But what I don’t like is dealing with the temperature fluctuations especially in the summer months. Extreme heat changes how the chemicals work. I live in South Carolina and it’s very hot and humid here. I was recently awarded a grant to buy an RV (camper) to turn into a mobile tintype studio and darkroom. This is going to make things much easier. I’m excited about the possibilities!

6. What future plans do you have? What projects would you like to accomplish?

I want to do several more images for my paper dolls series. I’m also planning a new series which I hope to start in November. The plan is to make tintypes with a model at various historic locations around Charleston, South Carolina. The series tells a story and if it goes well, I’d like to eventually make the series into a book.

To raise money for these projects, I plan to continue going to art festivals and other events to make tintype portraits for paying customers. I’ve learned so much making tintype portraits on demand often in difficult circumstances and under different lighting conditions. It’s challenging working without an assistant, but I’ve met a lot of people and it’s fun.

Something else I’m doing is curating a group exhibition of alternative photographic processes which has already been accepted to be shown in 2016 at the City Gallery at Waterfront Park in Charleston. The details and names of the artists involved will be released when the exact dates are determined. 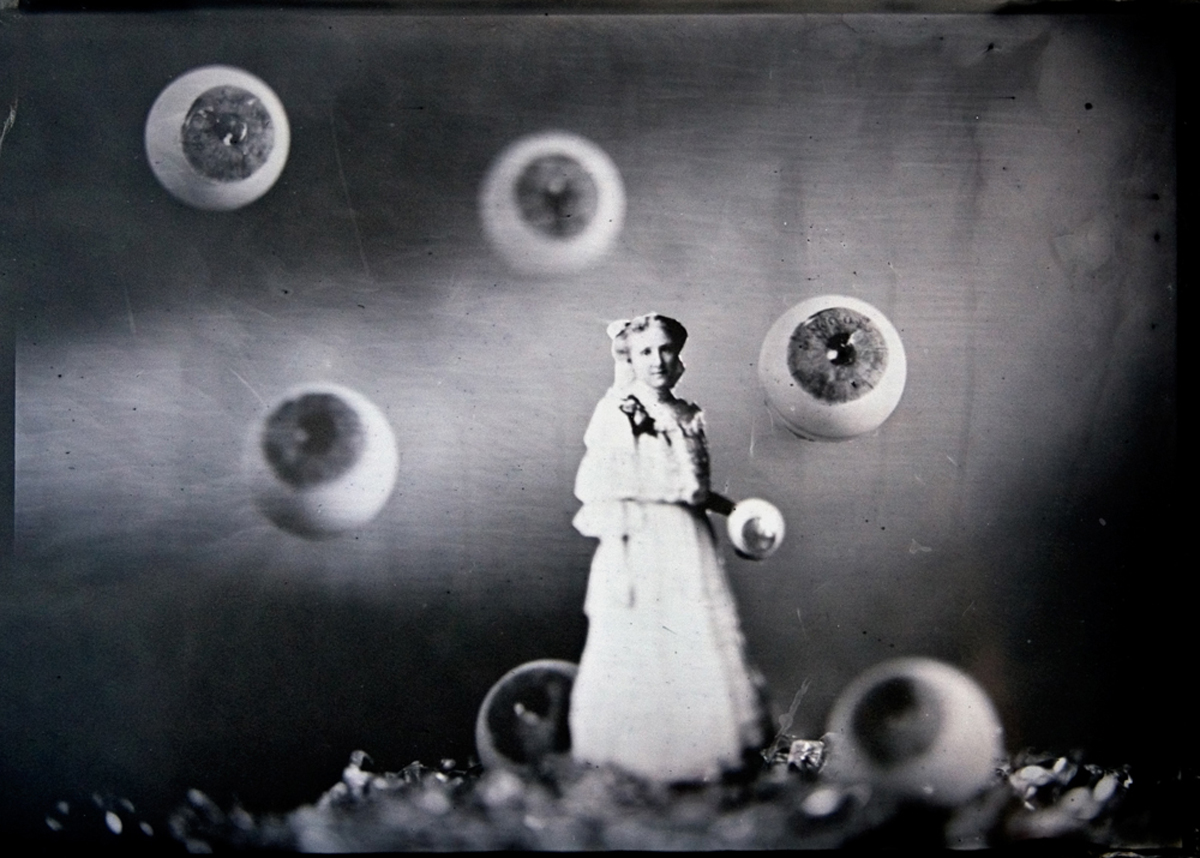 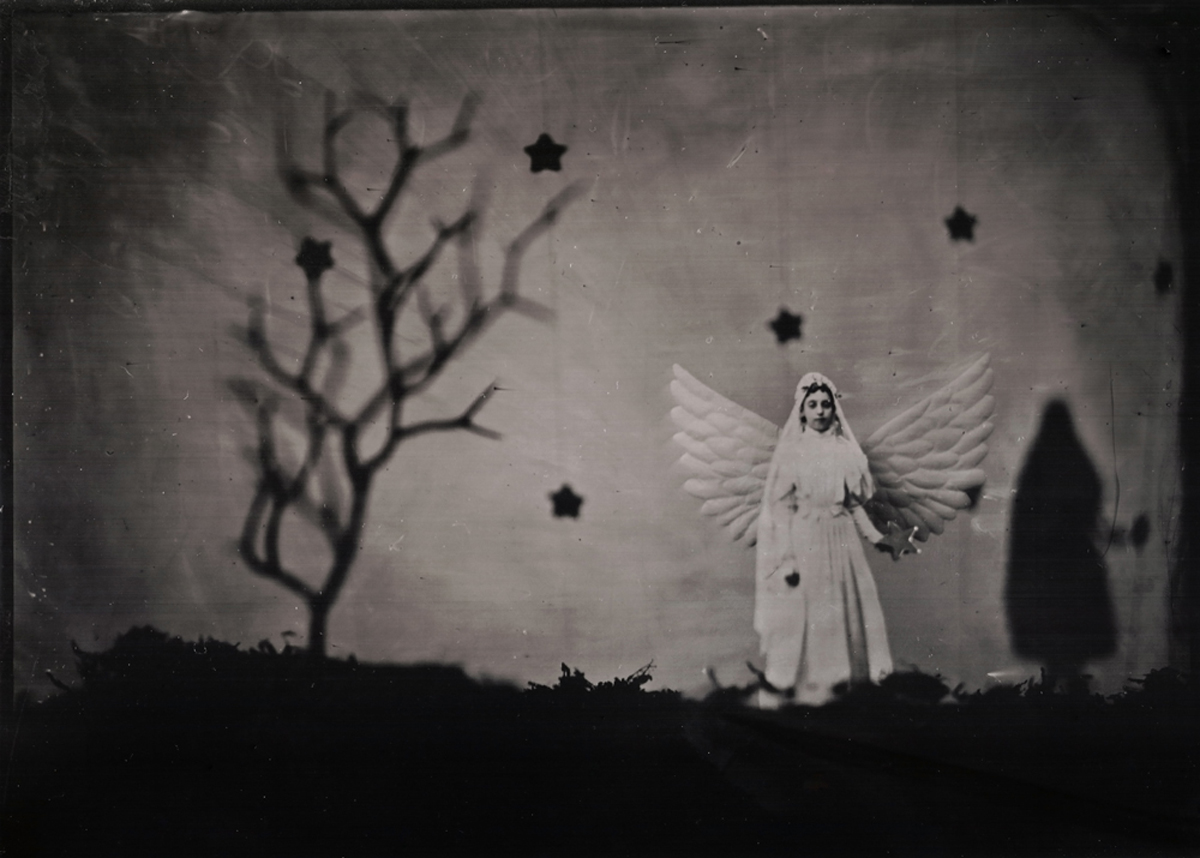 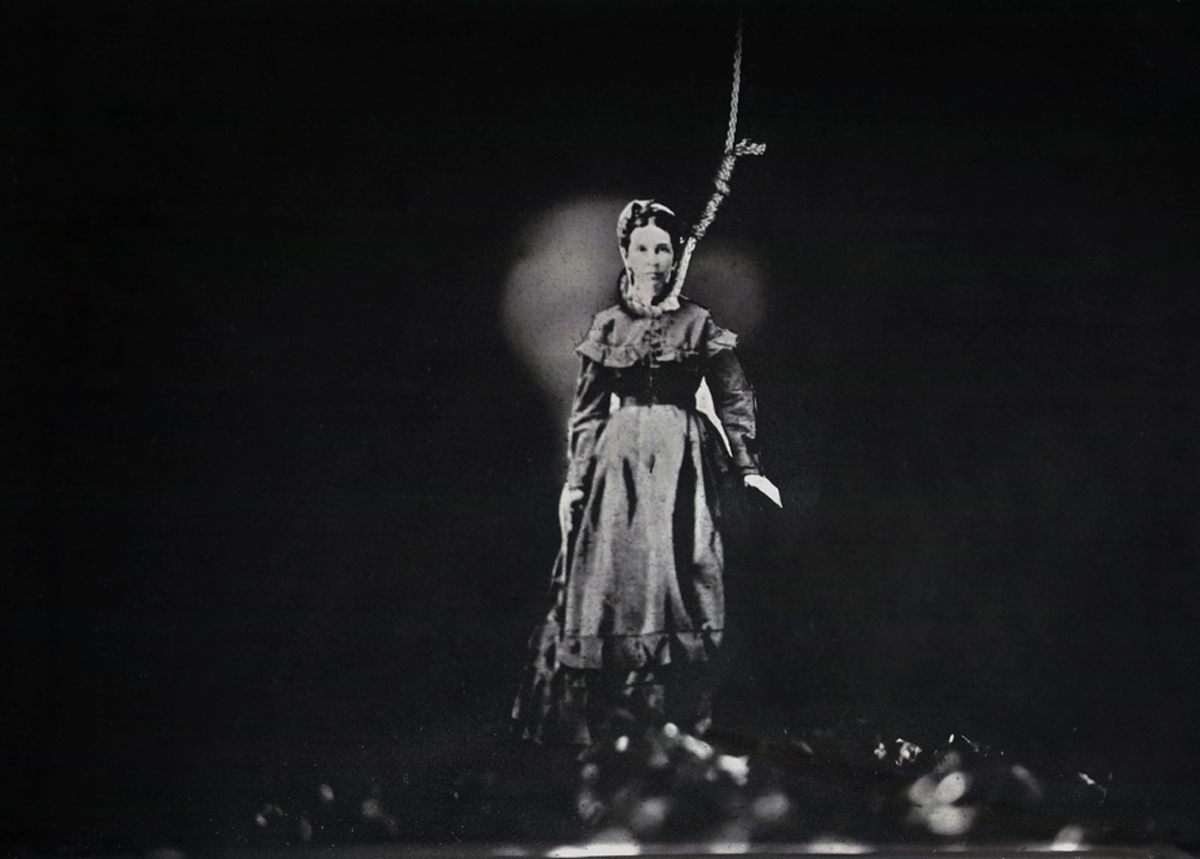 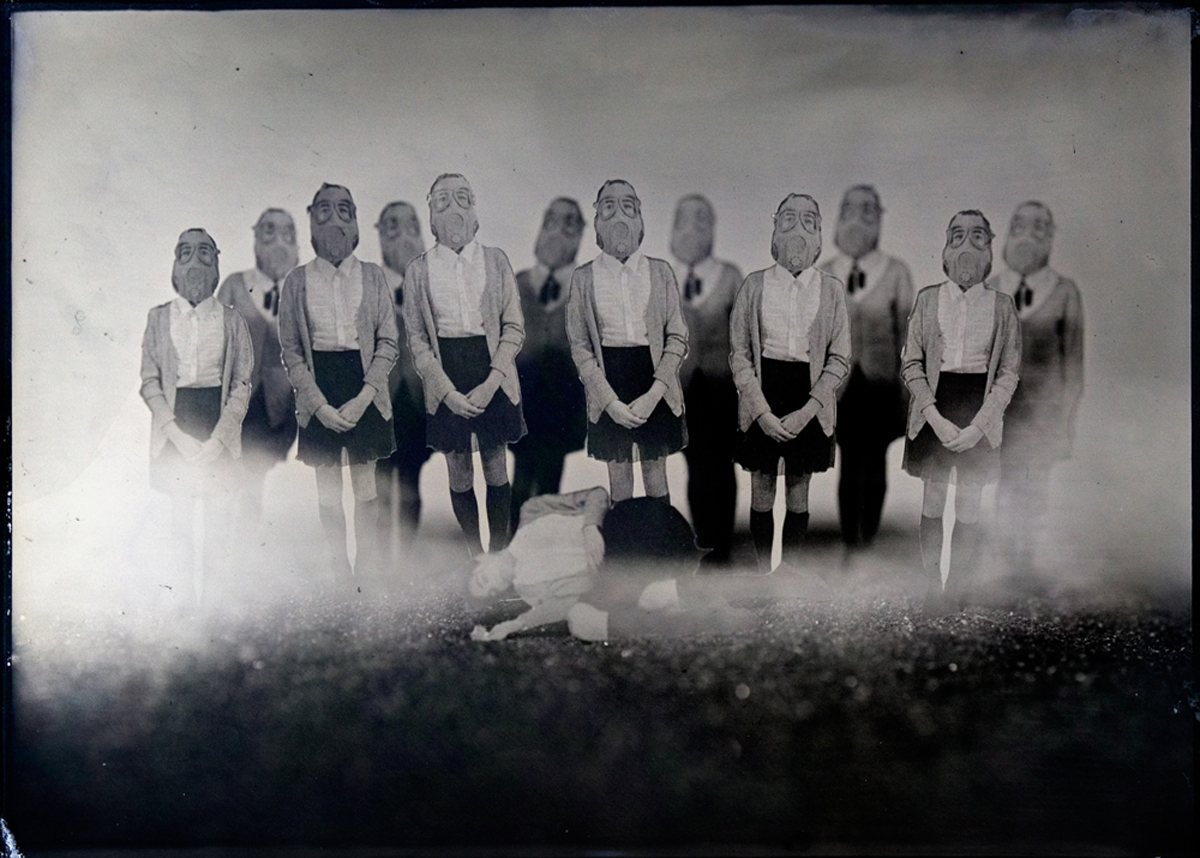 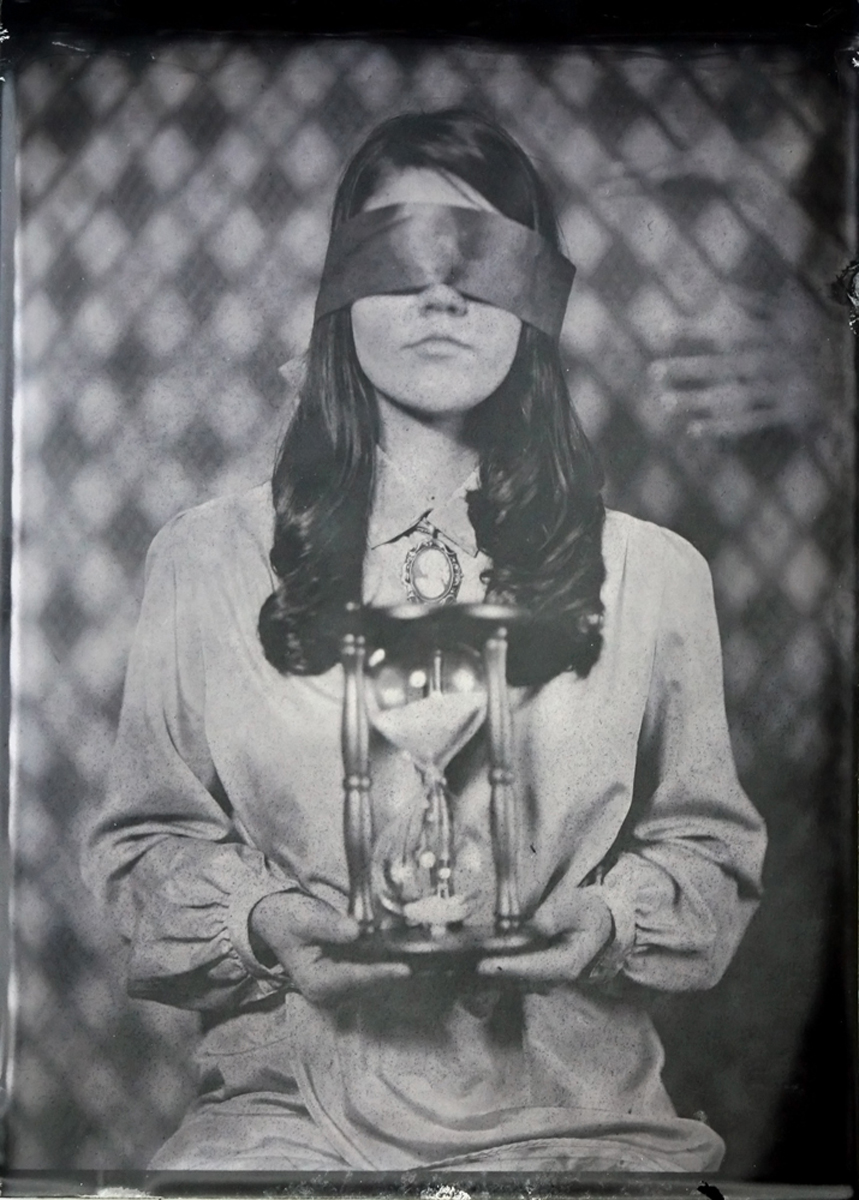 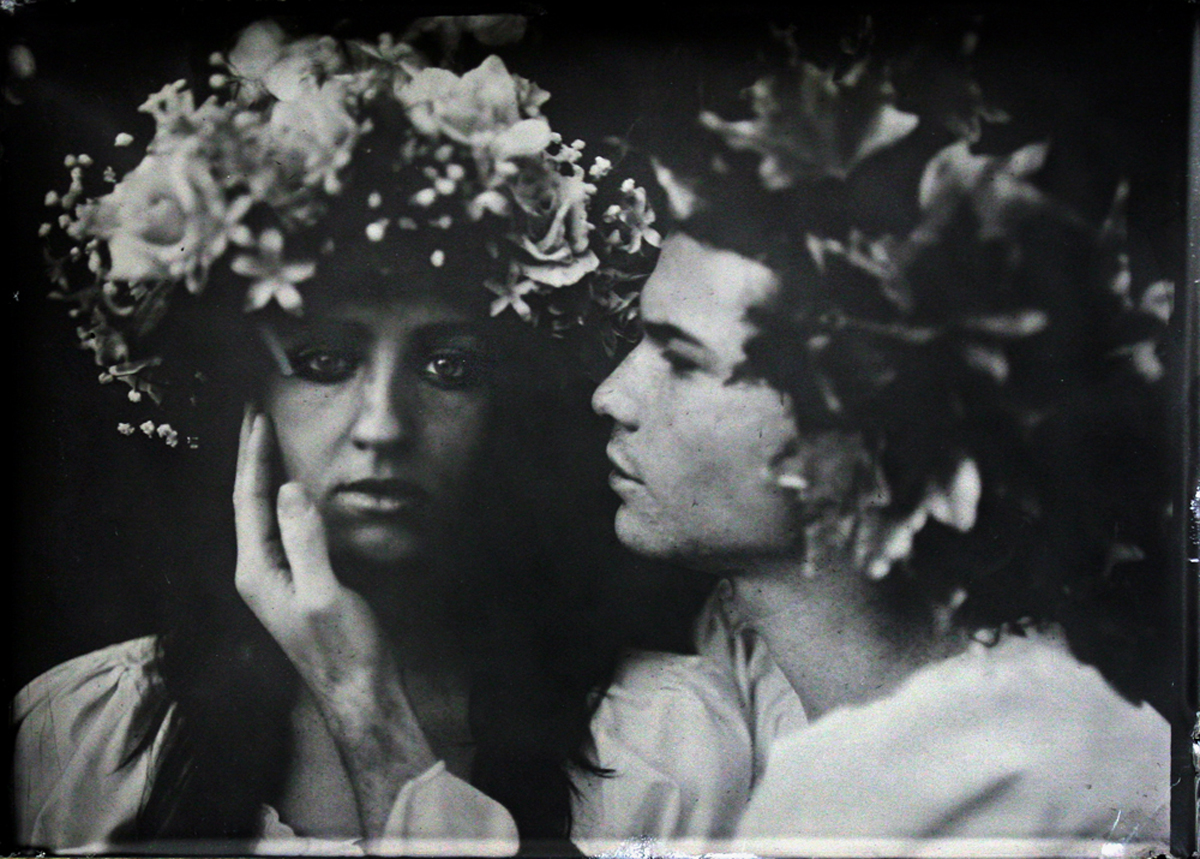