Charles Roscoe Savage (1832 – 1909) was a British-born landscape photographer who produced images of the American West. He is best known for his 1869 photographs of the linking of the first transcontinental railroad.

In the spring of 1860, he traveled to Salt Lake City, Utah Territory with his family, where he established a photography studio with a partner, Marsena Cannon, an early Utah daguerreotypist and photographer. A year later, after Cannon moved to southern Utah, Savage established a partnership with artist George M. Ottinger. Ottinger and Savage helped to organize the Deseret Academy of Art, which was soon replaced by the University of Deseret. Ottinger painted scenery for the Salt Lake Theater and took photos of local buildings and landscapes. Savage became increasingly popular as a portrait photographer and prominent people in Utah commissioned him to take their photos. Savage was an active member of the 20th ward, and also sang in the Mormon Tabernacle Choir, joined the Nauvoo Legion, and lectured on various subjects at the local Literary Institute. Savage advertised in local newspapers to increase his business. Several times, Savage made a collage of the baby photographs he had taken over the years, and often families with featured children would buy a copy. Unlike many other frontier photographers, Savage retained the original glass plate negatives of his photos (he used the wet-plate collodion process), giving him more control over their use.

In 1866, Savage took a tour of major photography studios in the United States, both to improve his photography skills and to publish reproductions of his photos. In San Francisco, he met Carleton Watkins, who described his method for producing large works by placing developed negatives in a water bath until he was ready to finish them. Savage noted that Watkins’s method was cumbersome, but envied his results. Savage traveled by boat to New York city, where progress in photography instruction and technology inspired him. After having a darkroom wagon custom-made, he traveled with a group of Mormon settlers back to Salt Lake City. While in New York City, Savage made an agreement with Samuel R. Wells, who sold photos that Savage took, while Savage sold Wells’s publications in his photography studio back in Utah. Savage made similar agreements with other distributors. Savage spent $3,400 on photographic supplies from E. and H.T. Anthony Co. in New York City. Most of the supplies were lost when his wagon tipped over while crossing the Platte River on his return trip. Savage paid back some of the debt over nine years, but stopped paying when he was on the verge of bankruptcy. The company sued him, and after a long legal battle, the debt was settled in 1883.

Many of Savage’s photographs were reproduced in Harper’s Weekly newspaper, starting when Savage left photos with their offices on his tour of the United States. This partnership continued until 1870, when Savage began submitting photos to Leslie’s Illustrated instead. In 1868, Savage made another trip to New York and contracted with Union Pacific to publish his first series of stereo images.

Charles W. Carter joined Ottinger and Savage’s photography studio at some point after November 1864, when Carter arrived in Salt Lake City. Carter started his own photography studio with J.B. Silvis sometime in 1867. Carter often printed and sold other photographers’ work. Since it is difficult to determine whether some photos from this time were taken by Carter or Savage, occasionally both photographers are credited. While Andrew J. Russell was documenting the construction of the Union Pacific Railroad in 1868, he met and befriended Savage. The two photographers often took photos of the same scenes within minutes of each other.

Savage photographed the linking of the Union Pacific and Central Pacific on Promontory Summit, at Promontory, Utah in 1869. This series is considered his most famous work. Other well-known Savage images include pictures of the Great Basin tribes, especially the Paiute and Shoshone. Savage photographed scenic areas of the West, including Yellowstone National Park, Zion National Park, and created many images documenting the growth of Utah towns and cities. England-born artist Alfred Lambourne often painted scenes while Savage photographed. He also traveled extensively over western North America, taking pictures in areas of Canada and Mexico, and in areas from the Pacific Ocean to Nebraska in the Midwest. Most of Savage’s archived photographs, produced by several different early photographic methods, were lost in 1883 in a disastrous studio fire. 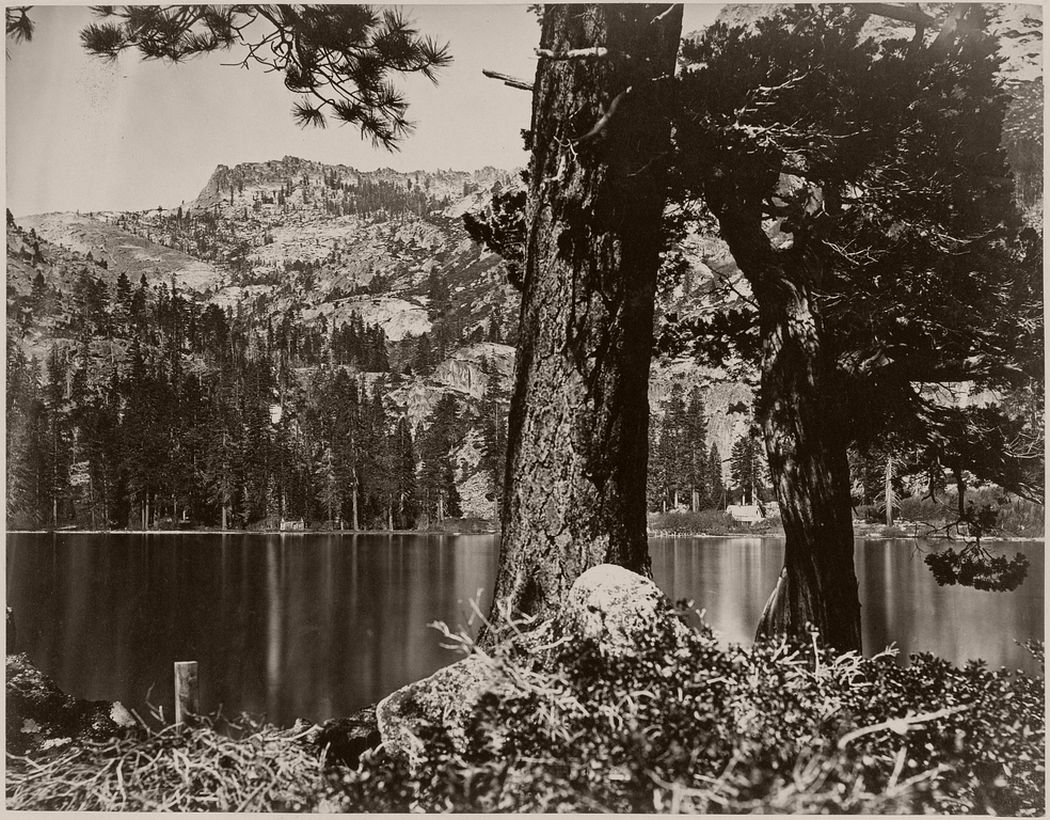 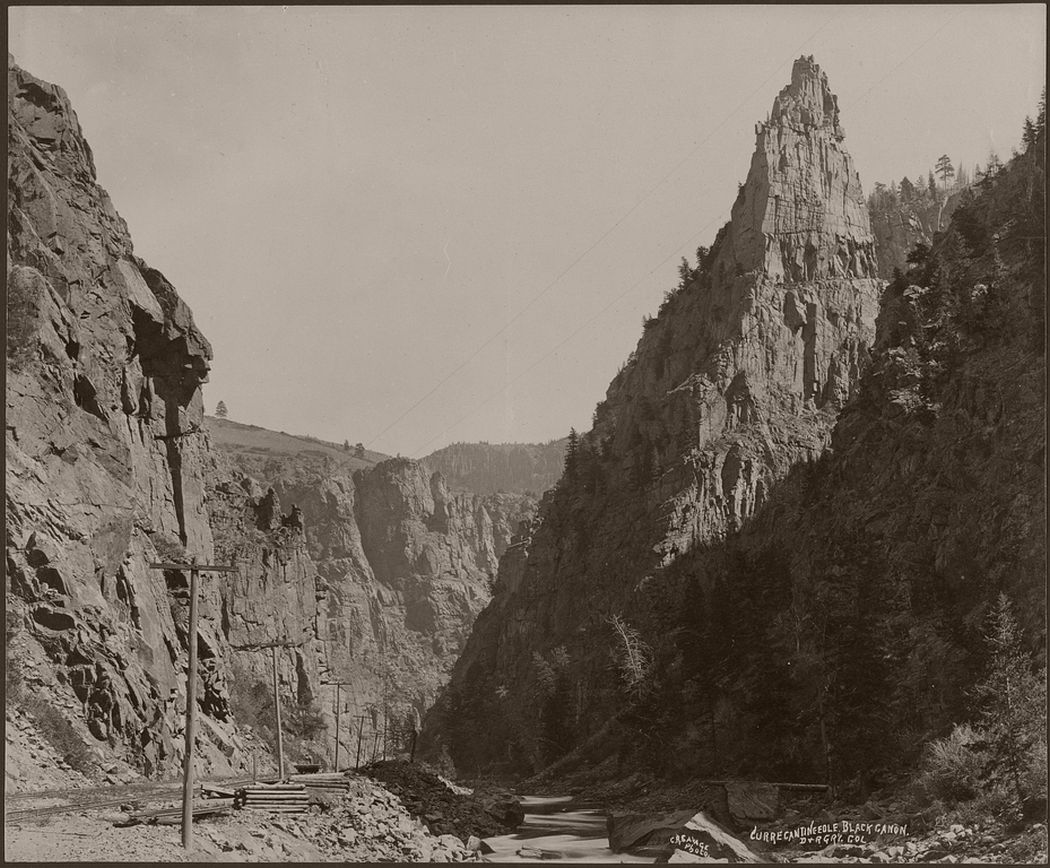 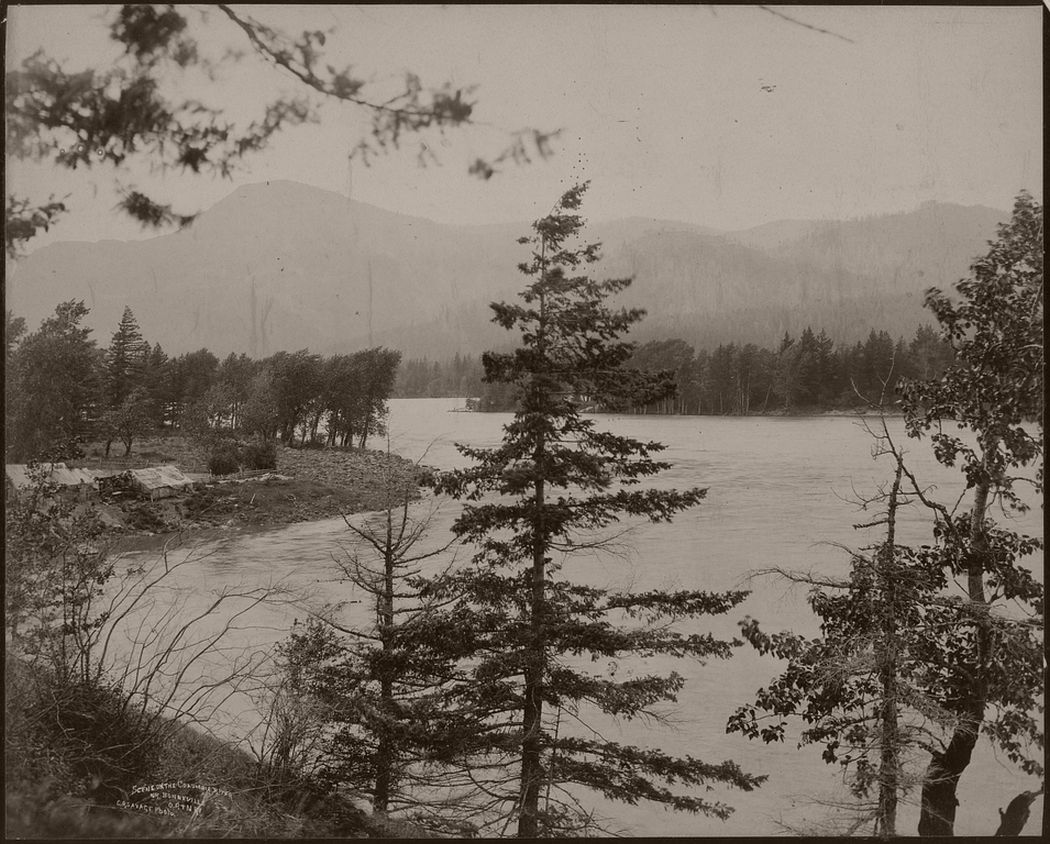 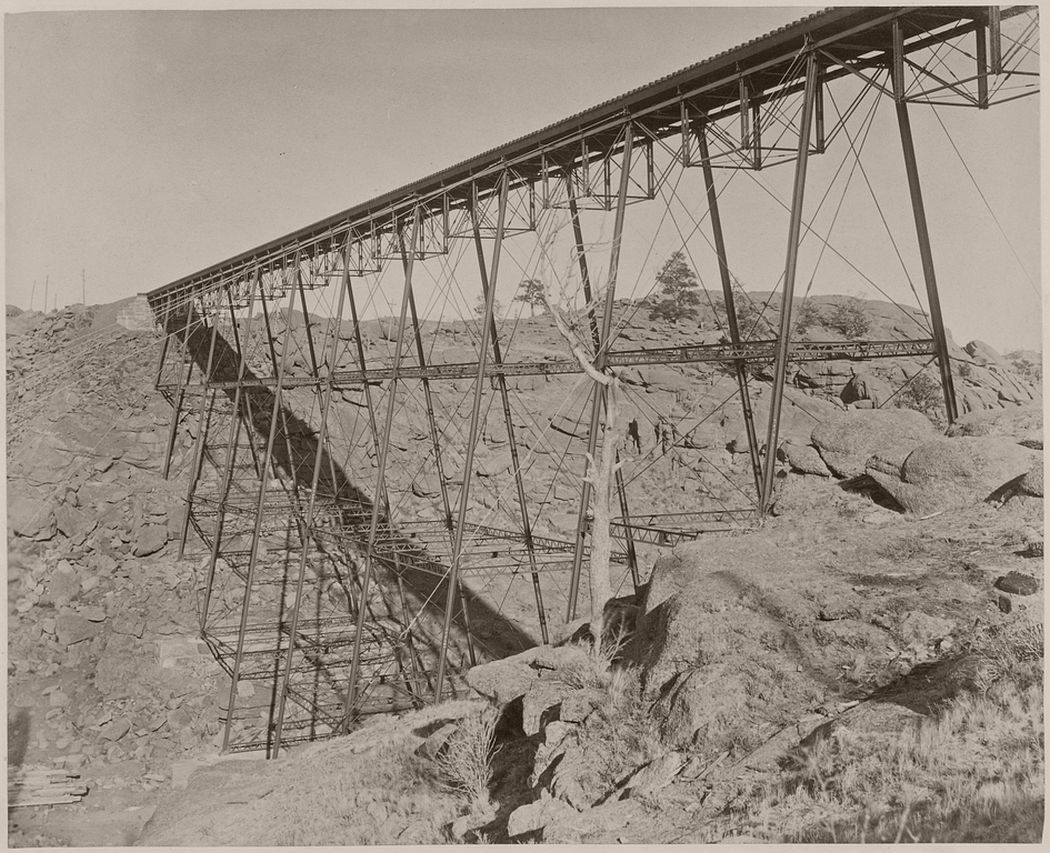 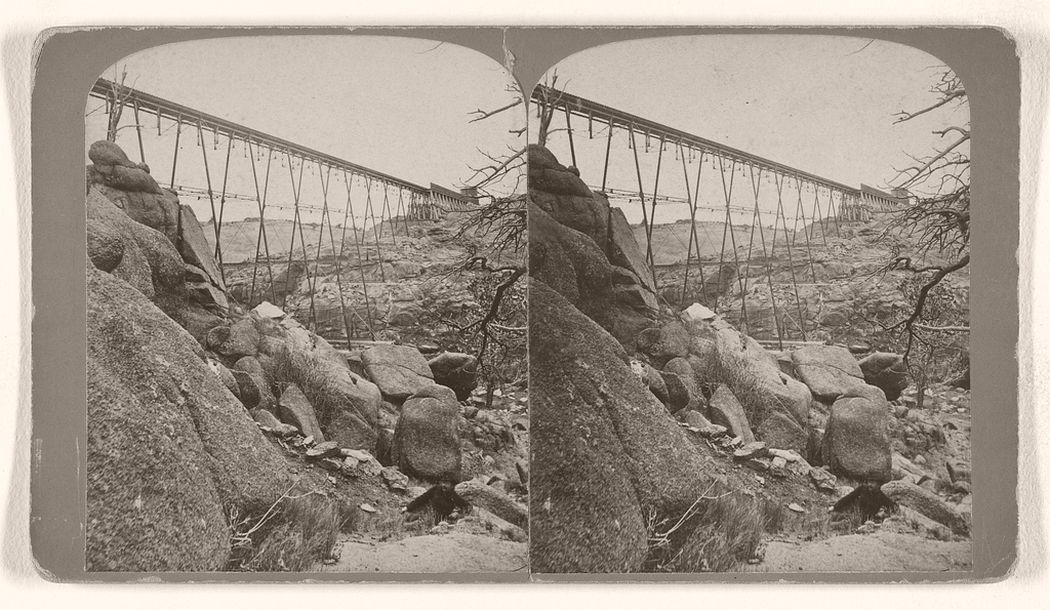 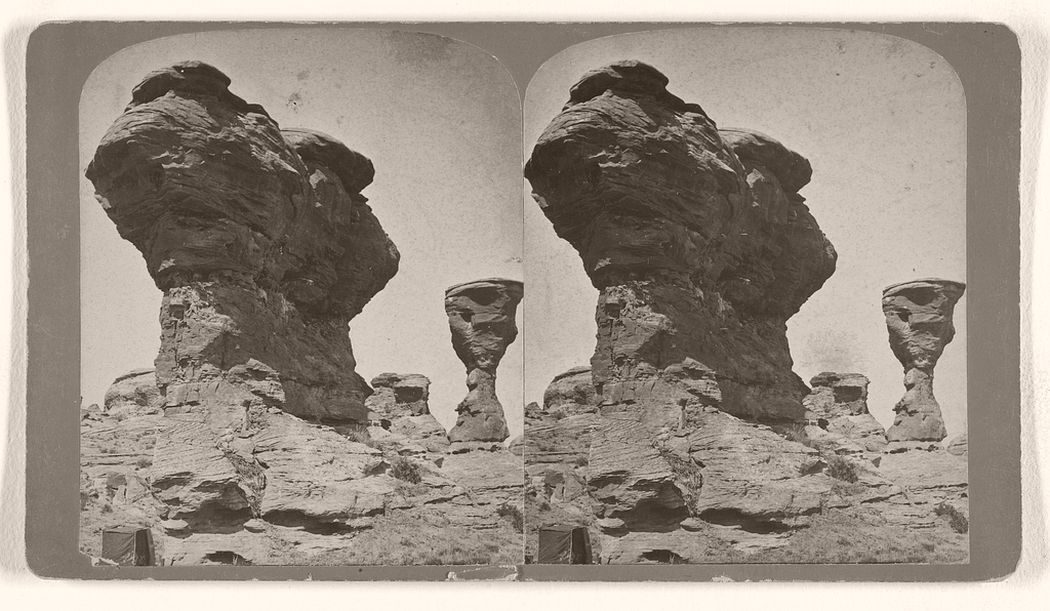 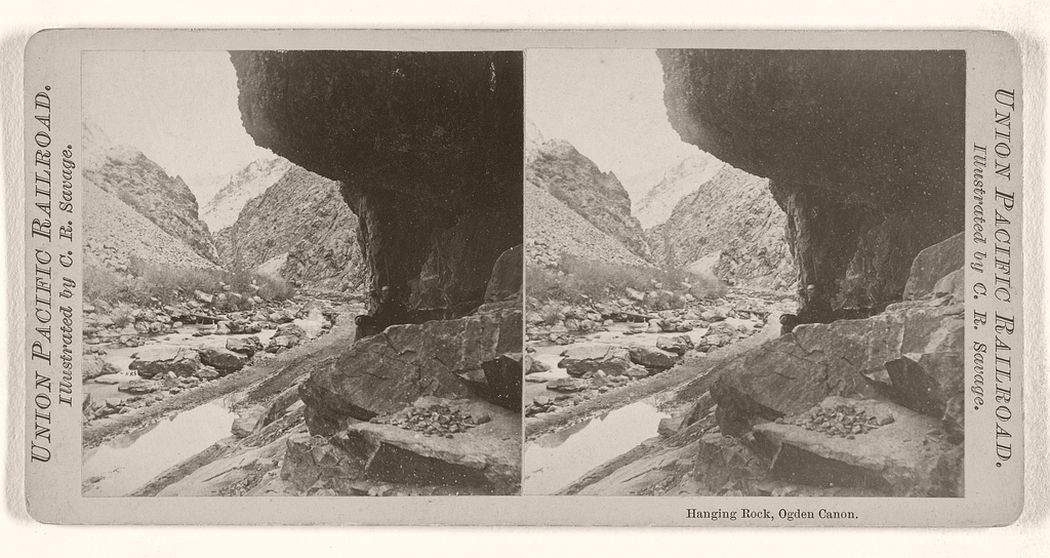