Best known for his images of the life and work of American architect, Frank Lloyd Wright, this exhibition highlights for the first-time, Pedro E. Guerrero’s intimate documentation of renowned sculptors Alexander Calder and Louise Nevelson in their homes and studios. The exhibition includes sculptures and collages by Calder and Nevelson that provide a direct context for the viewer. This presentation also serves to celebrate the centennial of Guerrero’s birth in 1917.

Born in Casa Grande, Arizona, Guerrero describes his interest in art in connection to his Mexican-American heritage: “I was trying to escape the bigotry of my hometown, and I thought being an artist would be exotic.” After dropping out of the Art Center School in Los Angeles at the age of 22, Guerrero was spontaneously hired by Frank Lloyd Wright to document the construction of Taleisin West, and continued to serve as his most trusted observer until Wright’s death in 1959. Photographs from this period will be exhibited in MoMA’s forthcoming exhibition Frank Lloyd Wright at 150: Unpacking the Archive.

When on assignment to shoot Alexander Calder’s kitchen for Home and Gardens magazine, Guerrero quickly realized that his interest extended far past a glossy magazine article. This brief meeting developed into a remarkable thirteen-year documentation of the personal life and practice of one of the 20th century’s most celebrated sculptors. Calder’s grandson, Alexander S. C. Rower, described of Guerrero’s work as, “[His photographs] accurately show how my grandparents lived, with simplicity and humanity.” Guerrero chronicled the Calders’ homes in both Roxbury, Connecticut and Saché, France, and affectionately referred to Alexander’s studio as “the most glorious mess I had ever seen.” Additionally, he documented the installation of Calder’s 1964 retrospective at the Guggenheim Museum in New York City, and sustained a close friendship with the artist until his death in 1976.

In 1979, Guerrero was commissioned by the Whitney Museum of American Art to photograph the home and studio of sculptor Louise Nevelson for an exhibition and monograph entitled, Louise Nevelson: Atmospheres and Environments. As Guerrero described, “Her environment itself was a work of art.” Nevelson’s largely black-on-black works provided a unique technical challenge, resulting in arresting contrast and play of light. A forthcoming exhibition organized by the Farnsworth Museum, entitled Black and White: Louise Nevelson/Pedro Guerrero, will further document their collaboration. 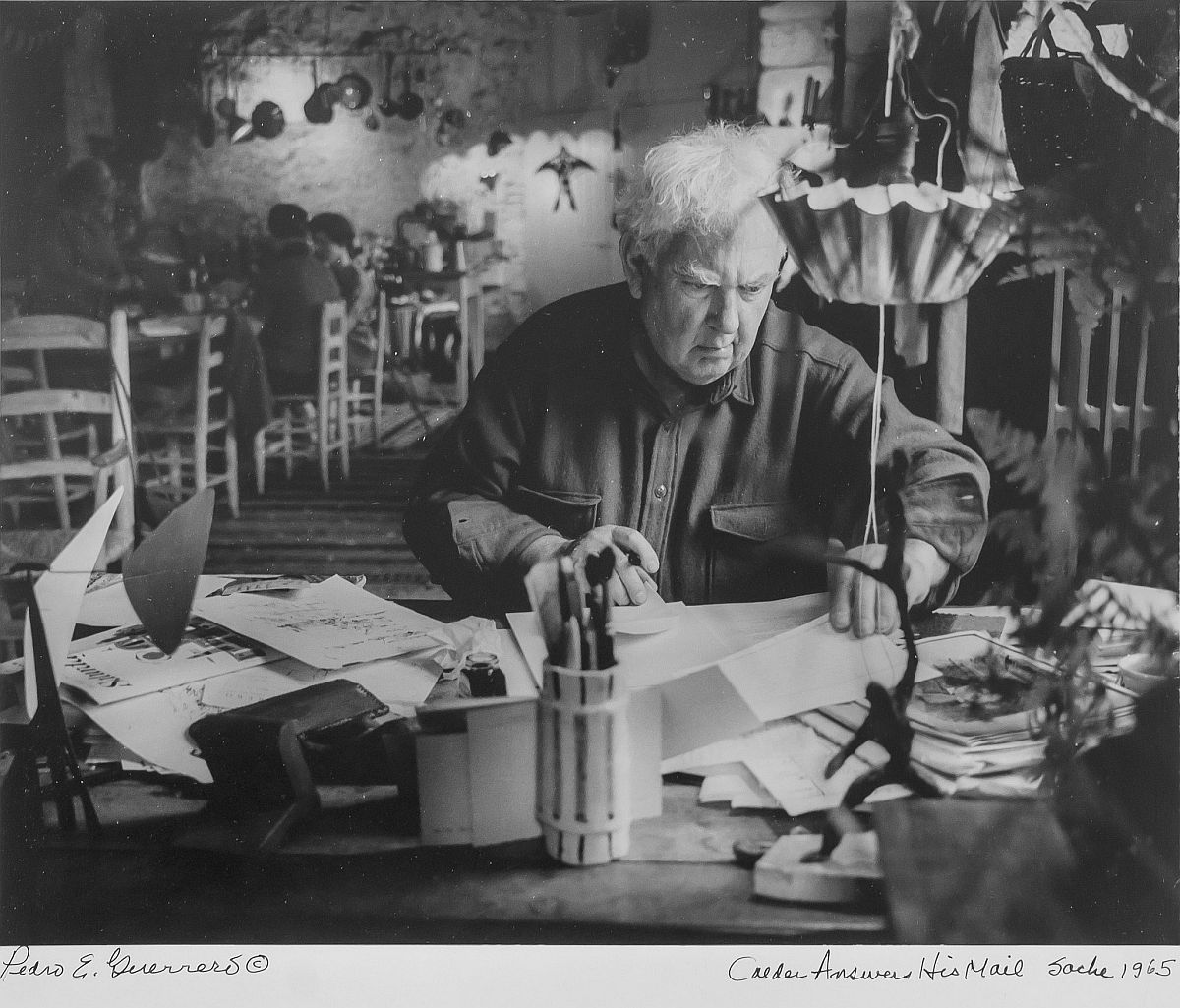 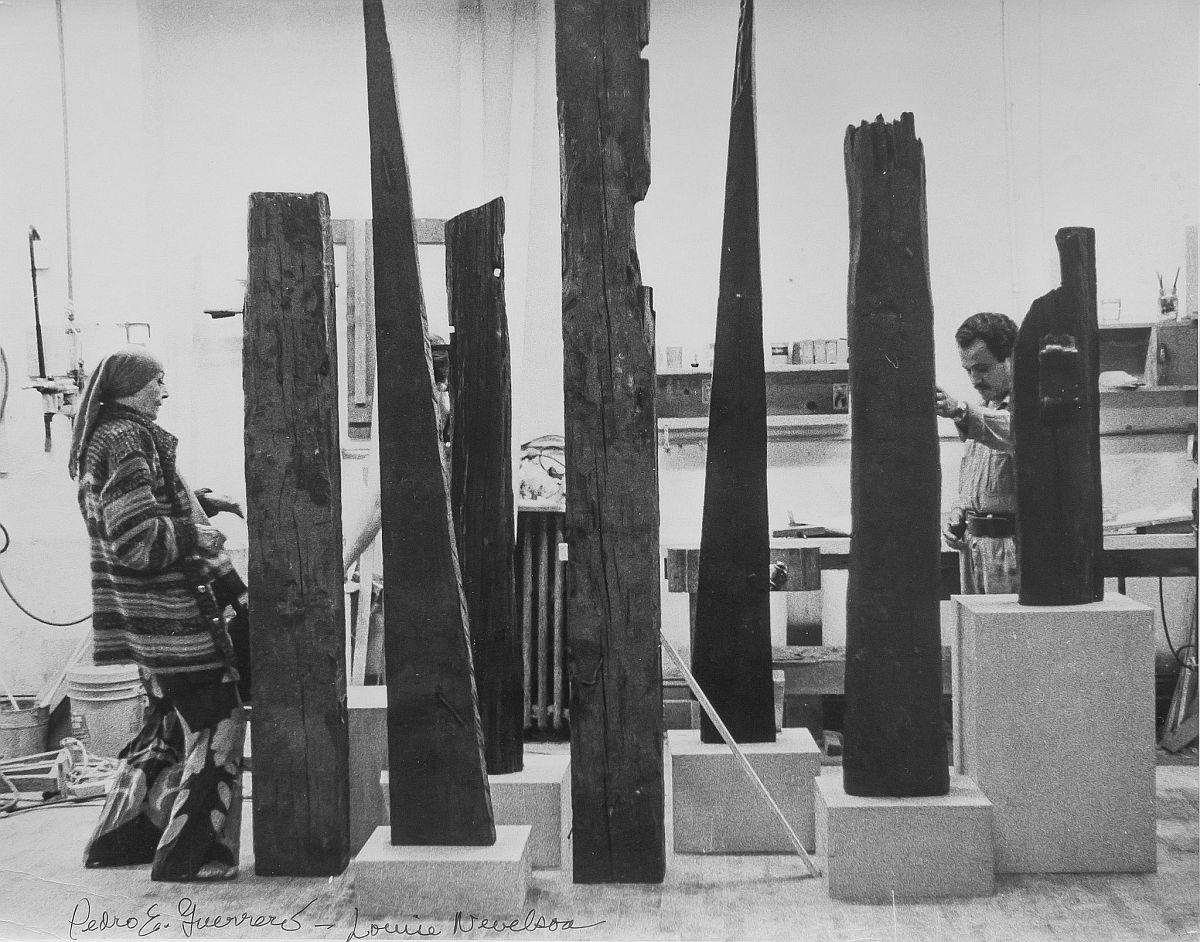 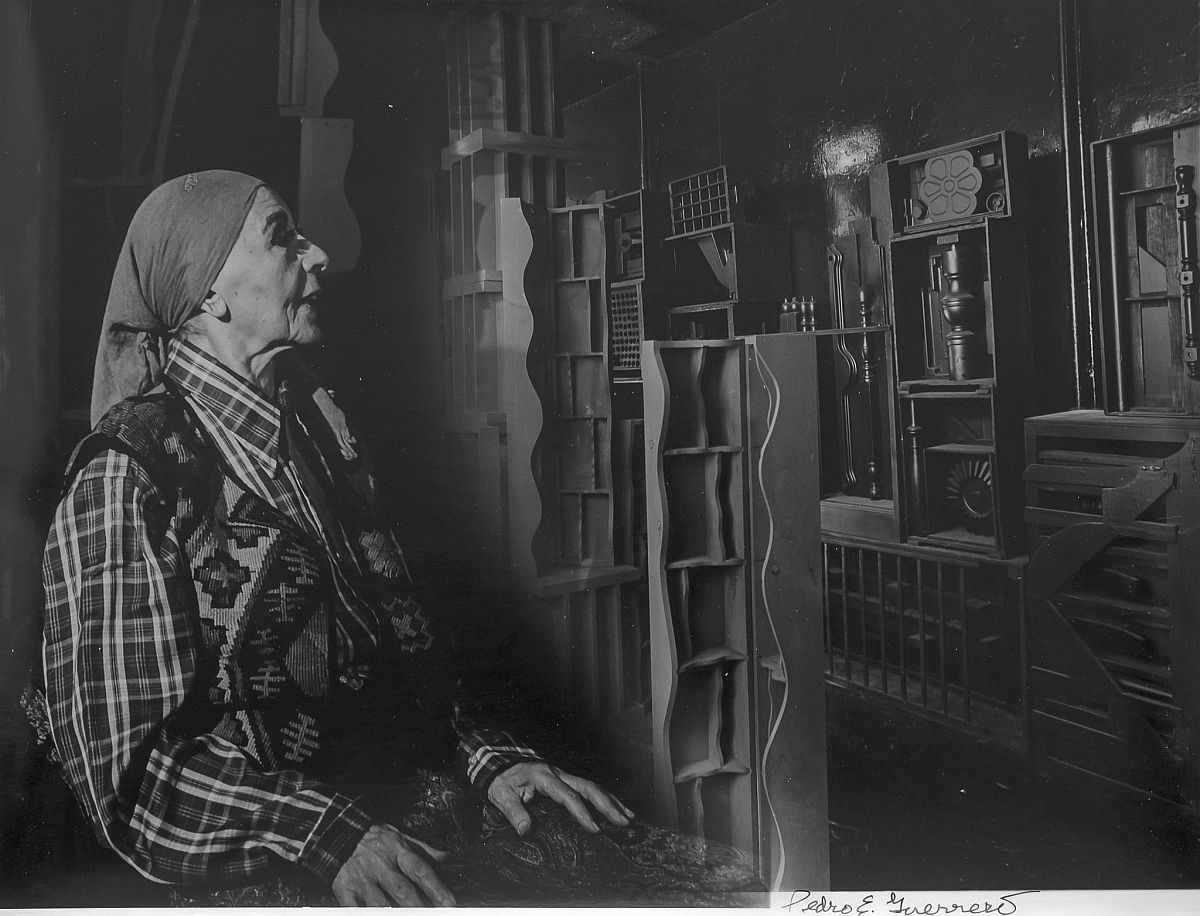 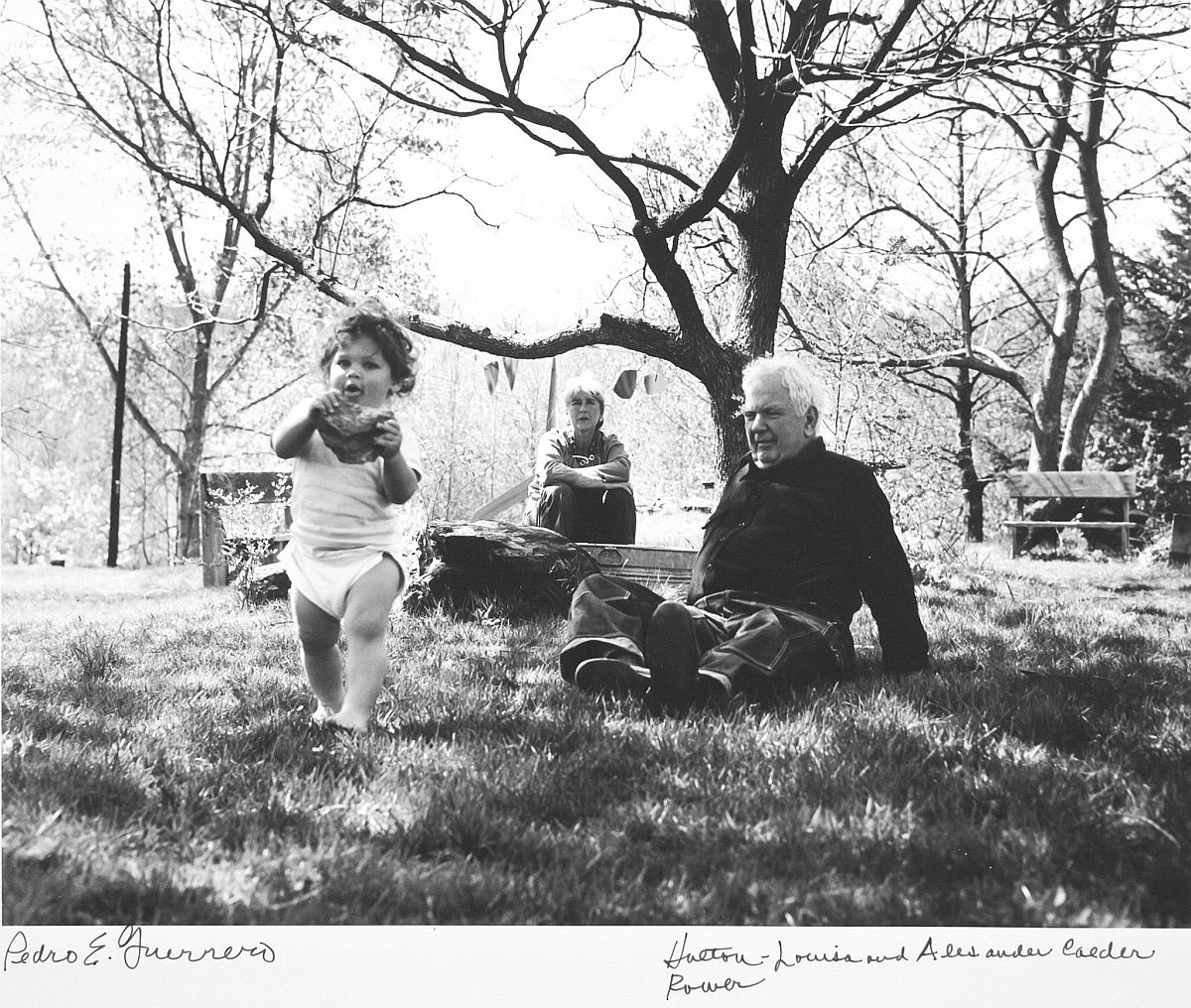 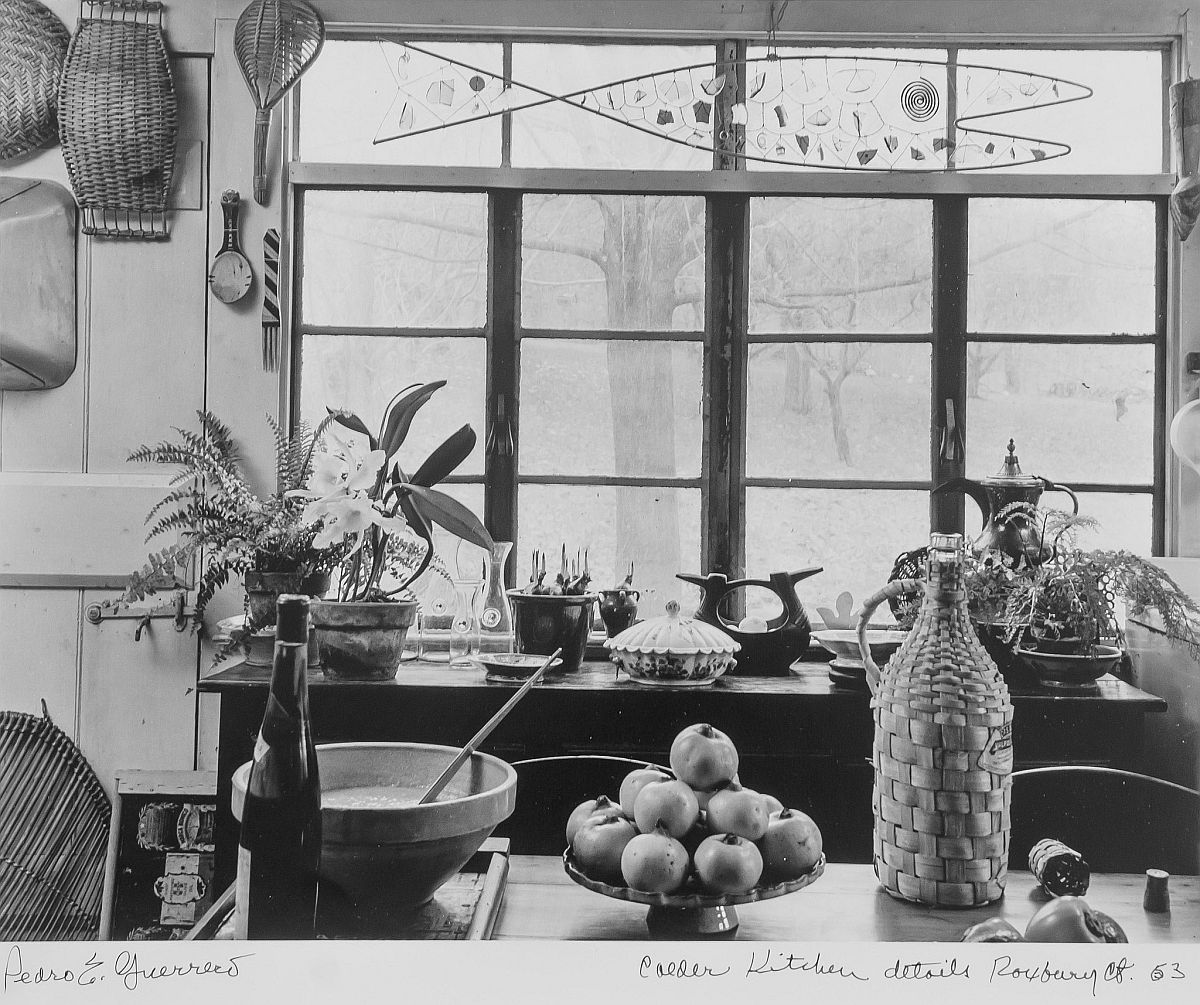 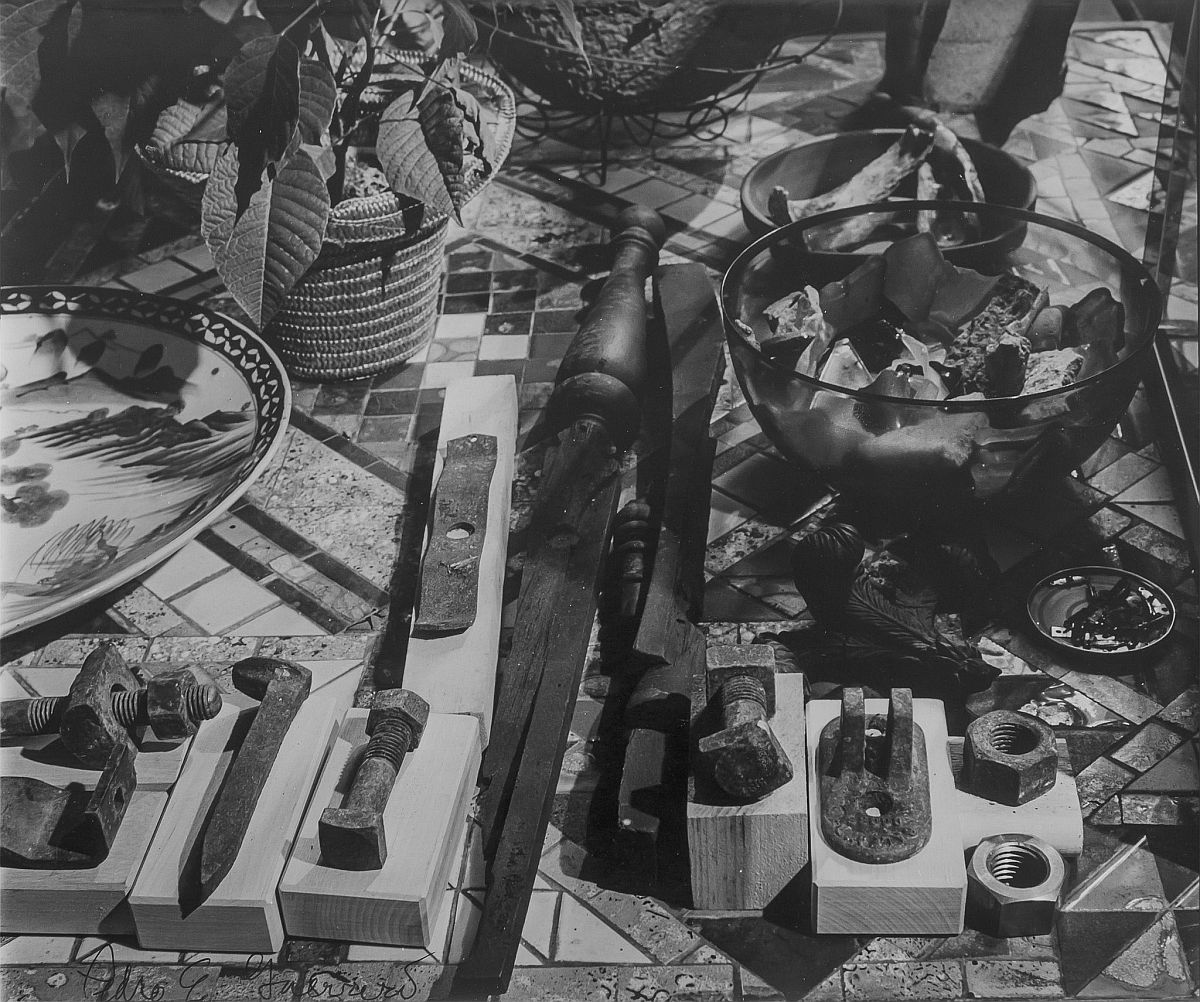 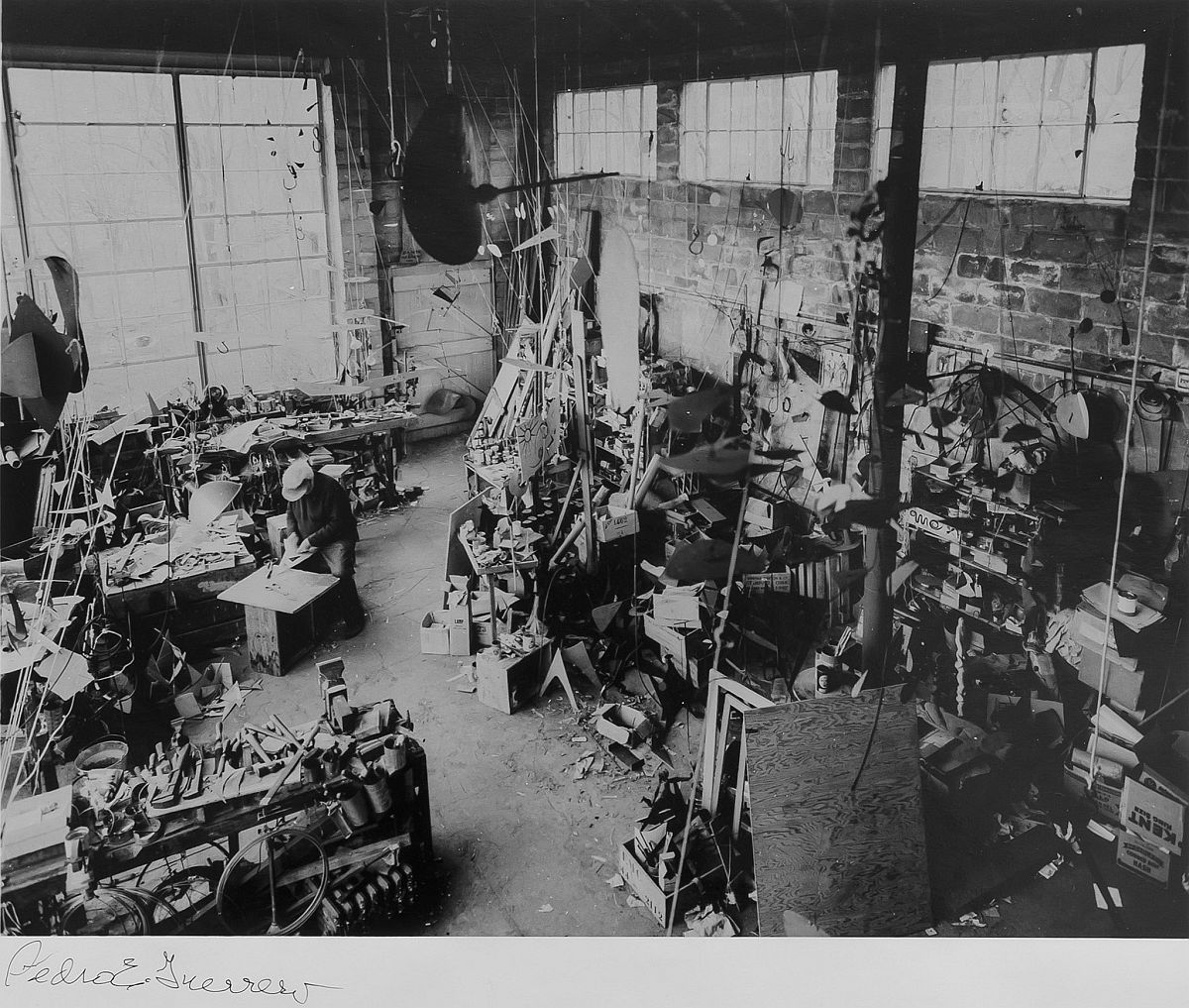 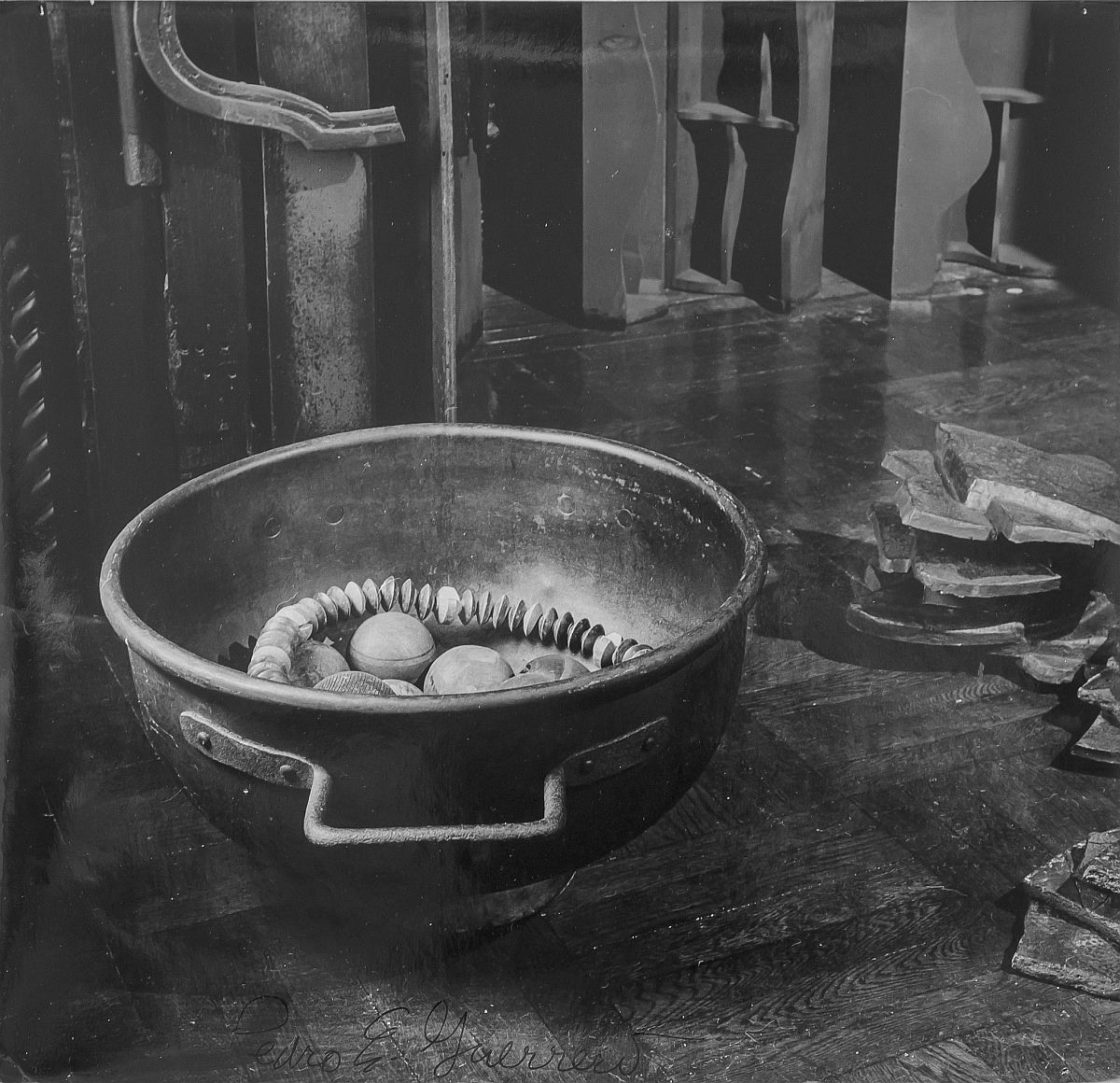 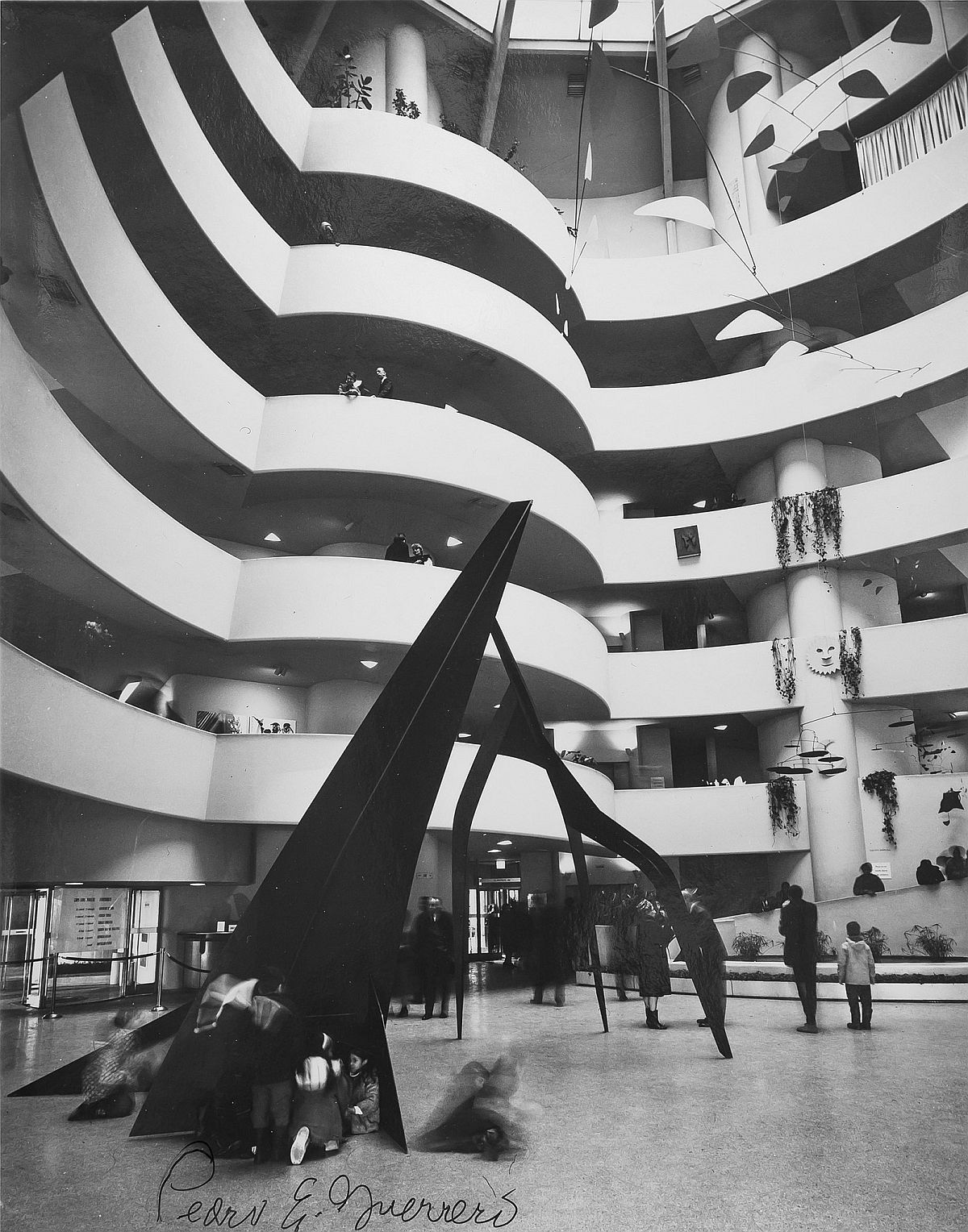 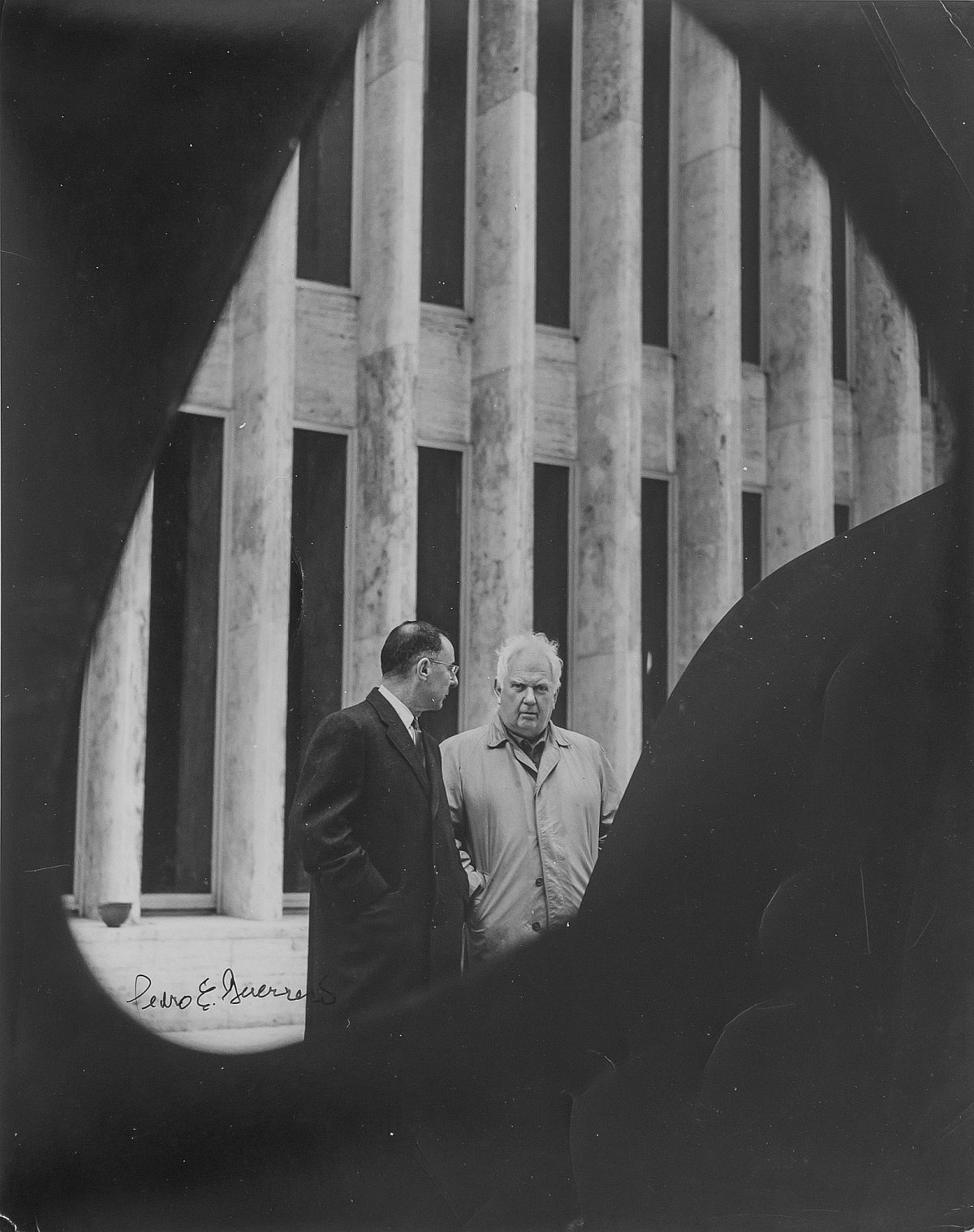 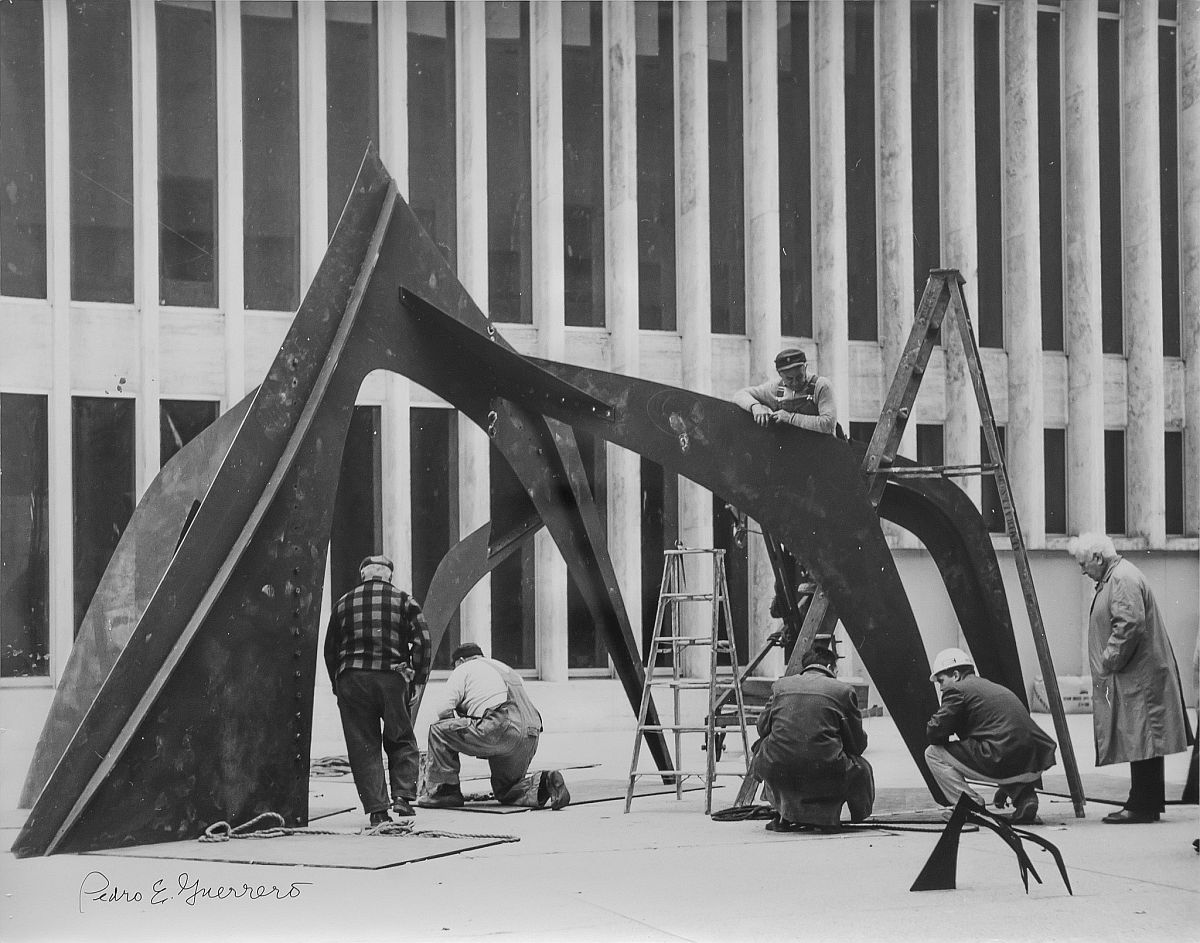 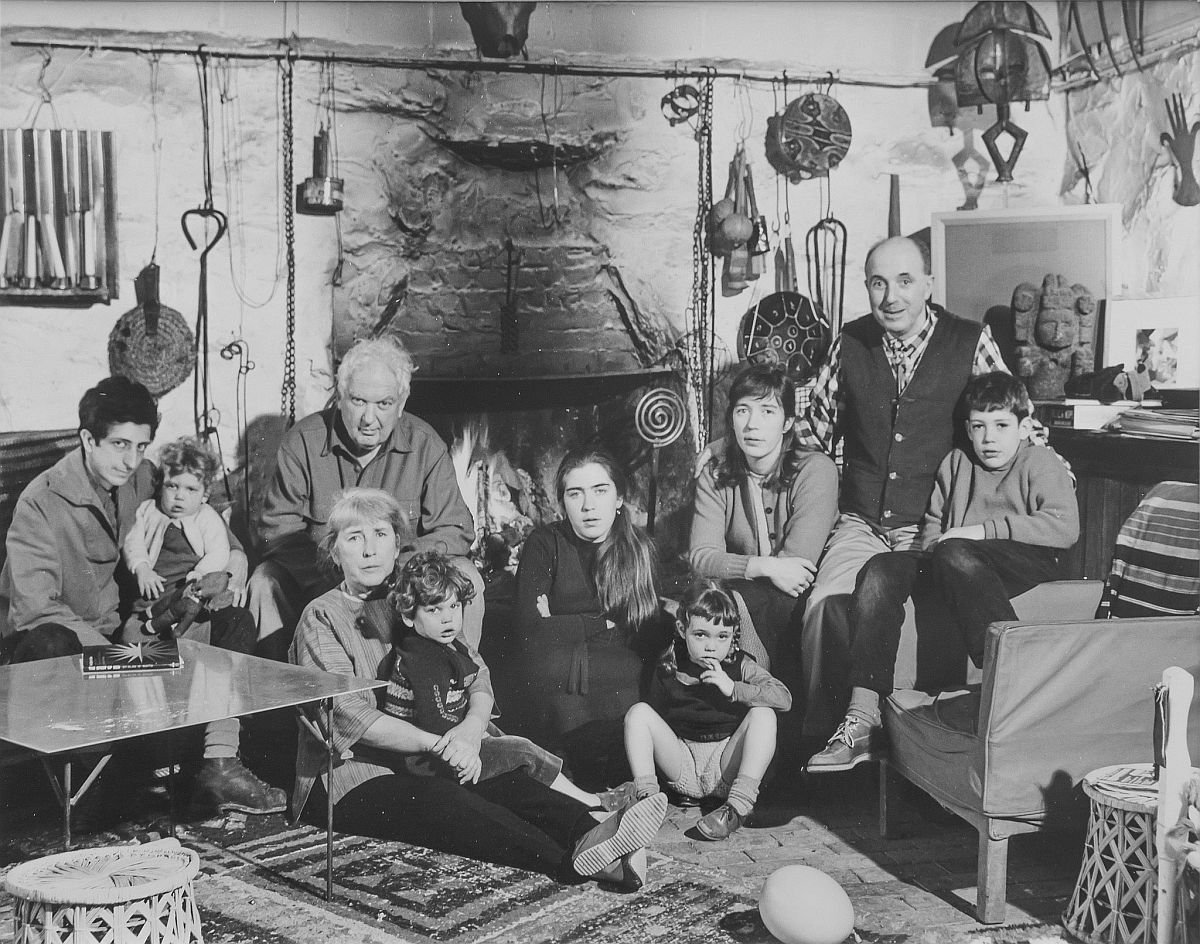