In June 1954, at the age of fifty-six, photographer Berenice Abbott set off with two companions from New York, and drove south along U.S. Route 1 until they reached Key West. There, they turned around and retraced the route to its northern terminus at Fort Kent, Maine. Over the course of the journey Abbott took over twenty-four hundred negatives and spent the next two years making prints and writing a prospectus describing the historical importance of the project. In it she explained her reasons for the trip – “We wanted to capture visually the character of an historic section of the United States, its beauties and incongruities and all. If visible evidences of the past survived, we wanted to photograph them before bulldozers and derricks moved in.”i This was Abbott’s largest body of work devoted to a single subject and very little has come to public attention. Perhaps this is because the work doesn’t fit easily into the other major areas of Abbott’s photographic interests-her early work in portraiture while living in Paris, the decade long project of photographing New York City, her twenty-year association with scientific photography. Ironically, the pictures Abbott made for the Route 1 project exhibit many of the elements that made these earlier projects successful. The work demonstrates a fresh and inquisitive eye for subject matter, the ability to choose and compose pictorial elements in an interesting way, and above all else, the determination to take pictures and present them in an honest manner without darkroom tricks or manipulation. 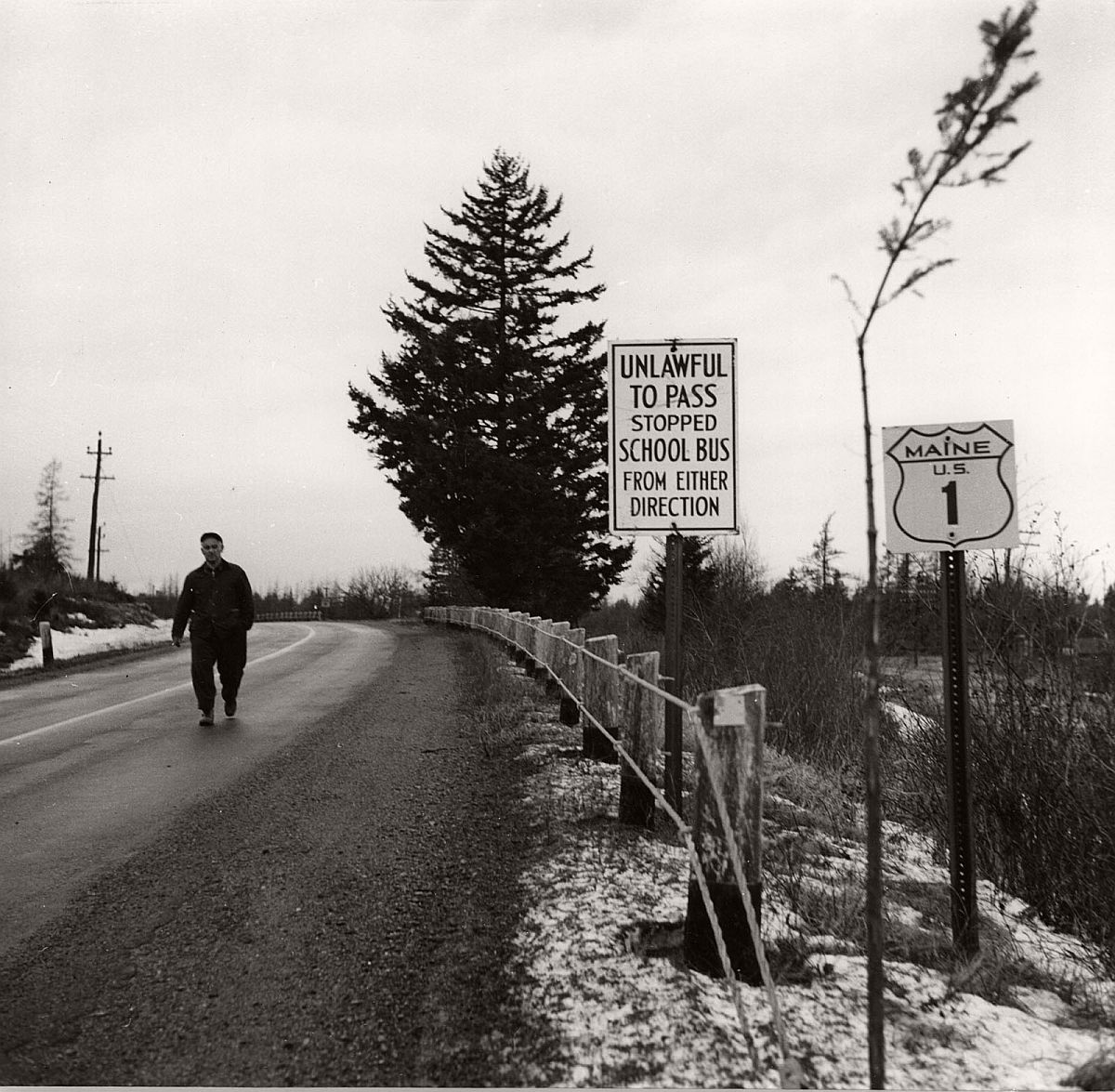 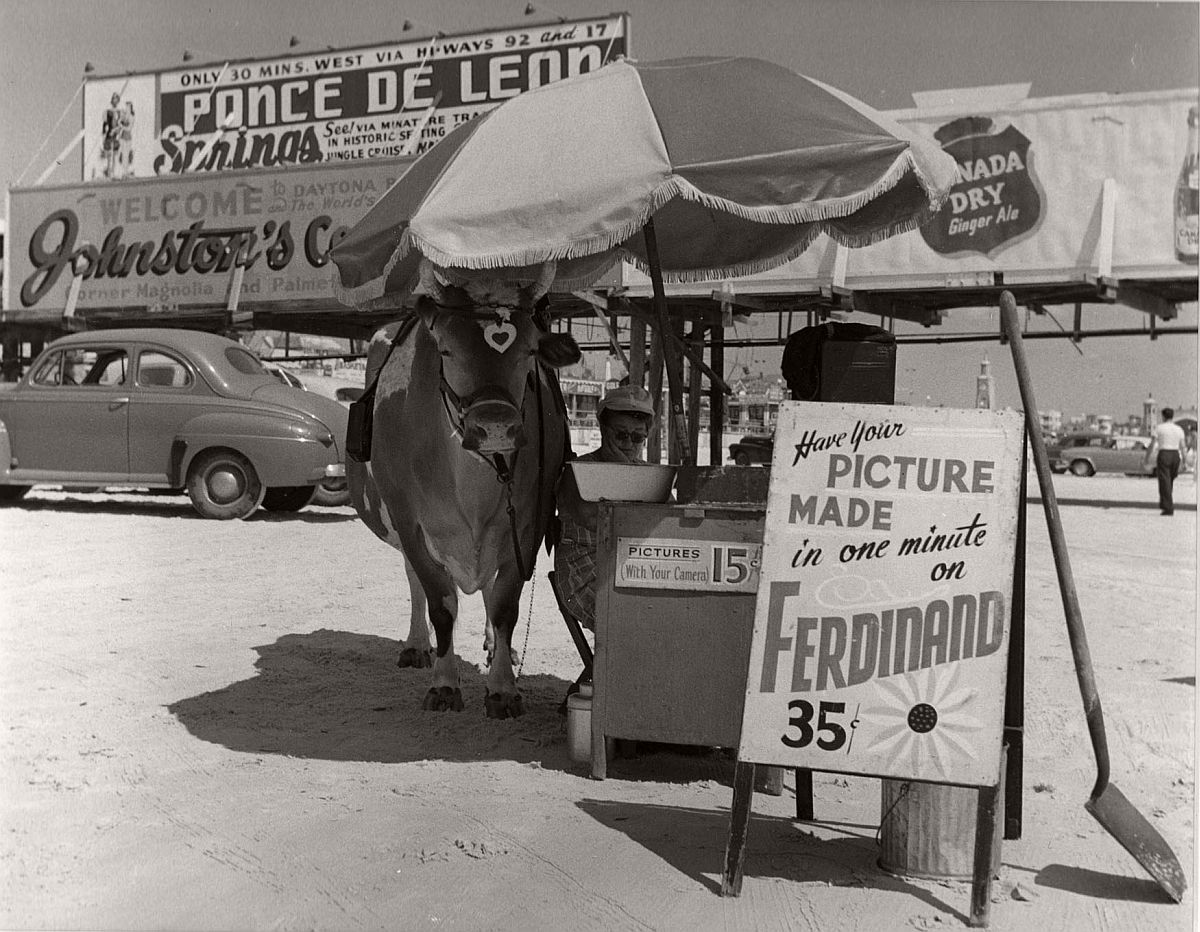 “Have your picture made on Ferdinand”, Florida, 1954 by Berenice Abbott 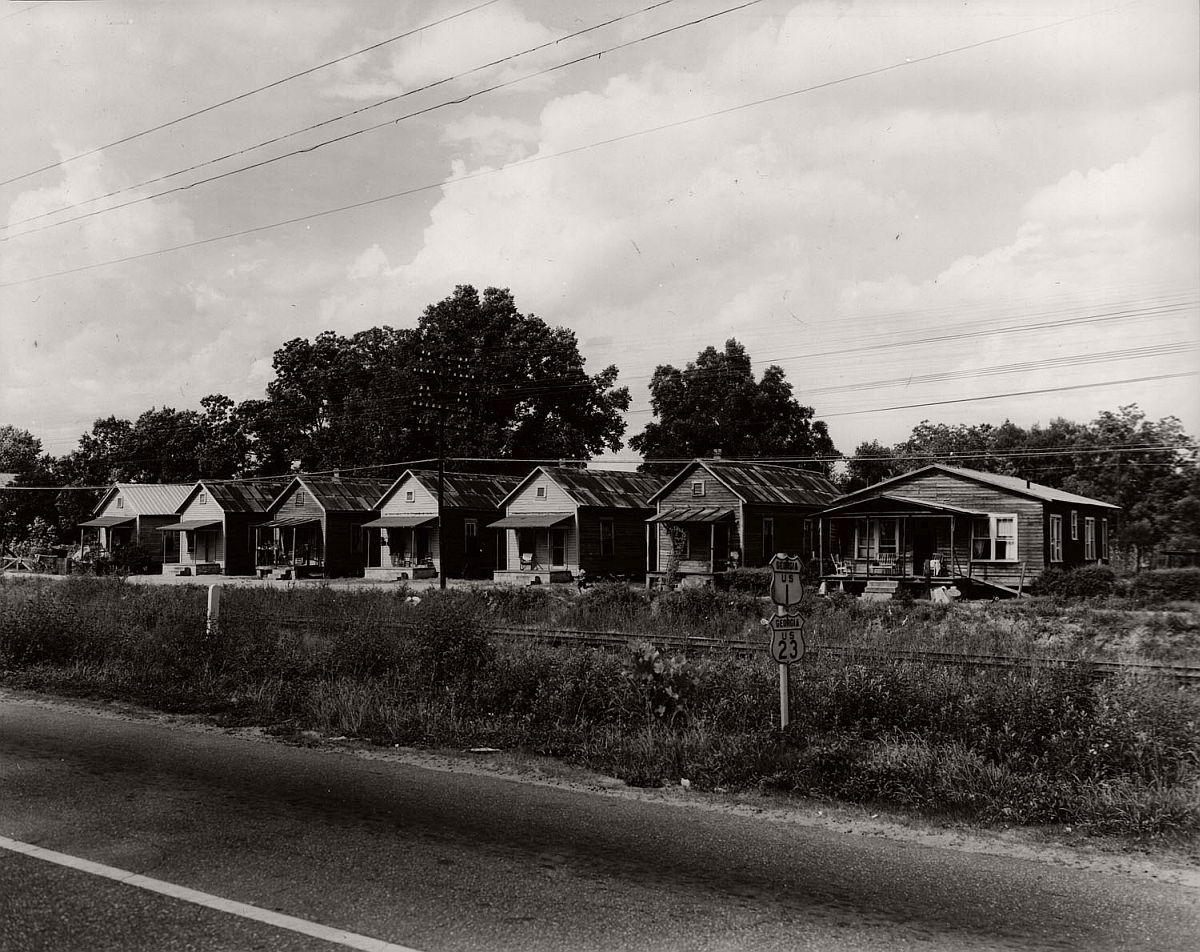 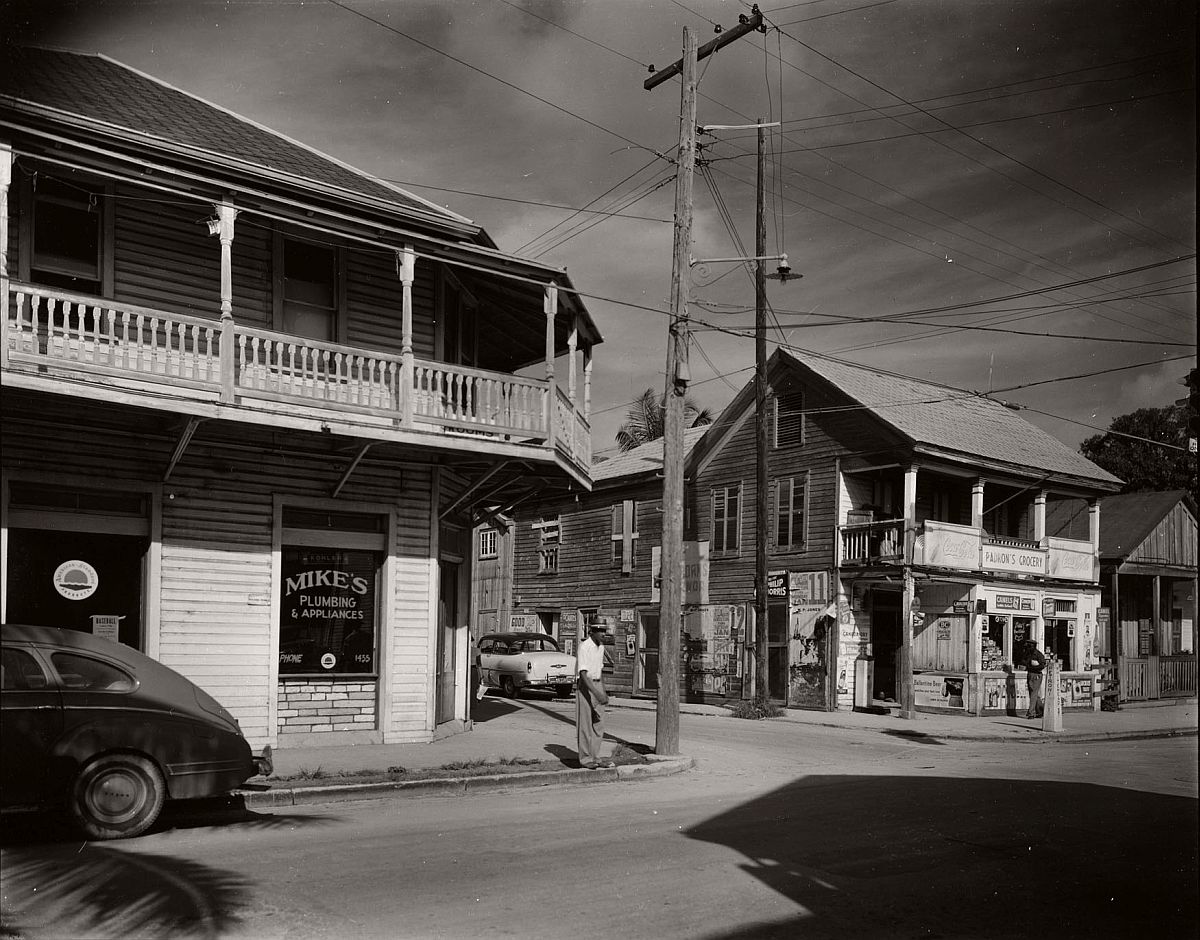