The Lumiere Brothers Center for Photography presents an exhibition of photographs by the outstanding Russian avant-garde artist Alexander Rodchenko from the collection of the Still Art Foundation, established by Elena and Mikhail Karisalov. The exhibition will include Rodchenko’s works of different years, from the first photographic experiments of the 1920s to the end of the 1930s. The exhibition will feature portraits of Rodchenko’s friends—artists, architects, poets, writers, filmmakers, employees of the magazines LEF and Novyi LEF, including the familiar portrait of Lily Brik, which was used in the advertising poster for the Leningrad Department of Gosizdat (State Publishing House), several photographs of Vladimir Mayakovsky from the first photoshoot in Rodchenko’s studio on MyasnitskayaStreet (1924), and the famous photograph of Osip Brik, where one of the lenses in his spectacles is replaced by the LEFlogo.The exhibition will also include family portraits: Rodchenko’s mother, his wife Varvara Stepanova and daughter Varvara Rodchenko, architectural shoots and photo reports: the legendary Balconies (1925), Fire Escape (1925), Stairs (1929), as well as Pioneer with a Trumpet (1930) and Pioneer Girl (1930).

Alexander Mikhailovich Rodchenko (1891–1956), one of the leaders of the Russian avant-garde, an innovator in the field of painting, sculpture, and book, poster, film and theater design, began taking photographs in 1924. His experimental approach to photography forever changed the history of this art form and influenced not only his contemporaries, but also determined the development of photography for decades to come. Using techniques such as shooting from an unusual angle (extreme viewpoints from above or below), which immediately became known as “rodchenkovsky”; diagonal construction of compositions, defining the dynamics and rhythm of the photograph; detail and close-up shots; the use of double exposure and delicate work with black and white contrasts, Rodchenko strove, as Osip Brik wrote, to turn a familiar thing into “a seemingly never before seen construction”, to change a person’s usual view of the world, and to expand the possibilities of “seeing things”. 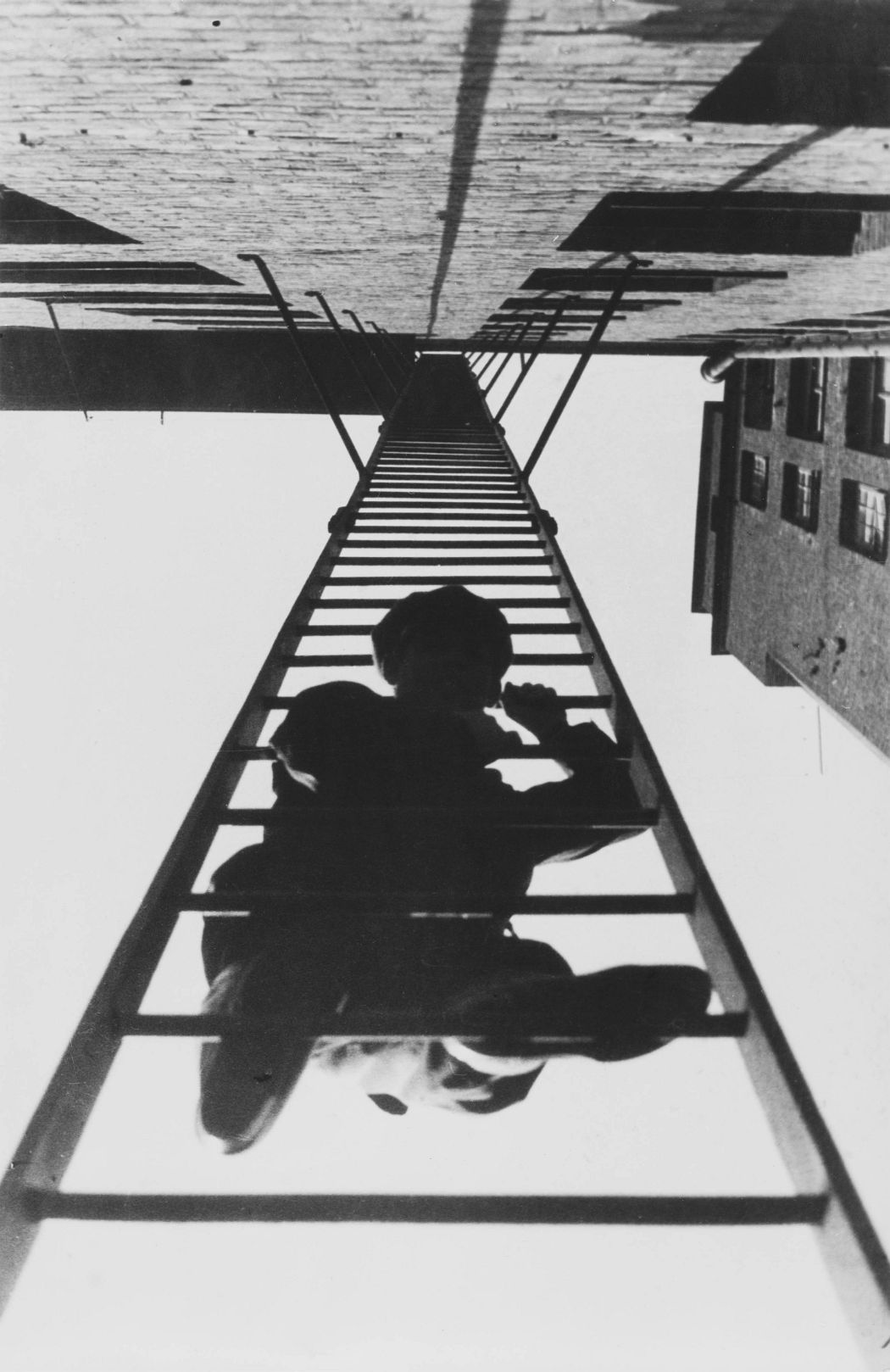 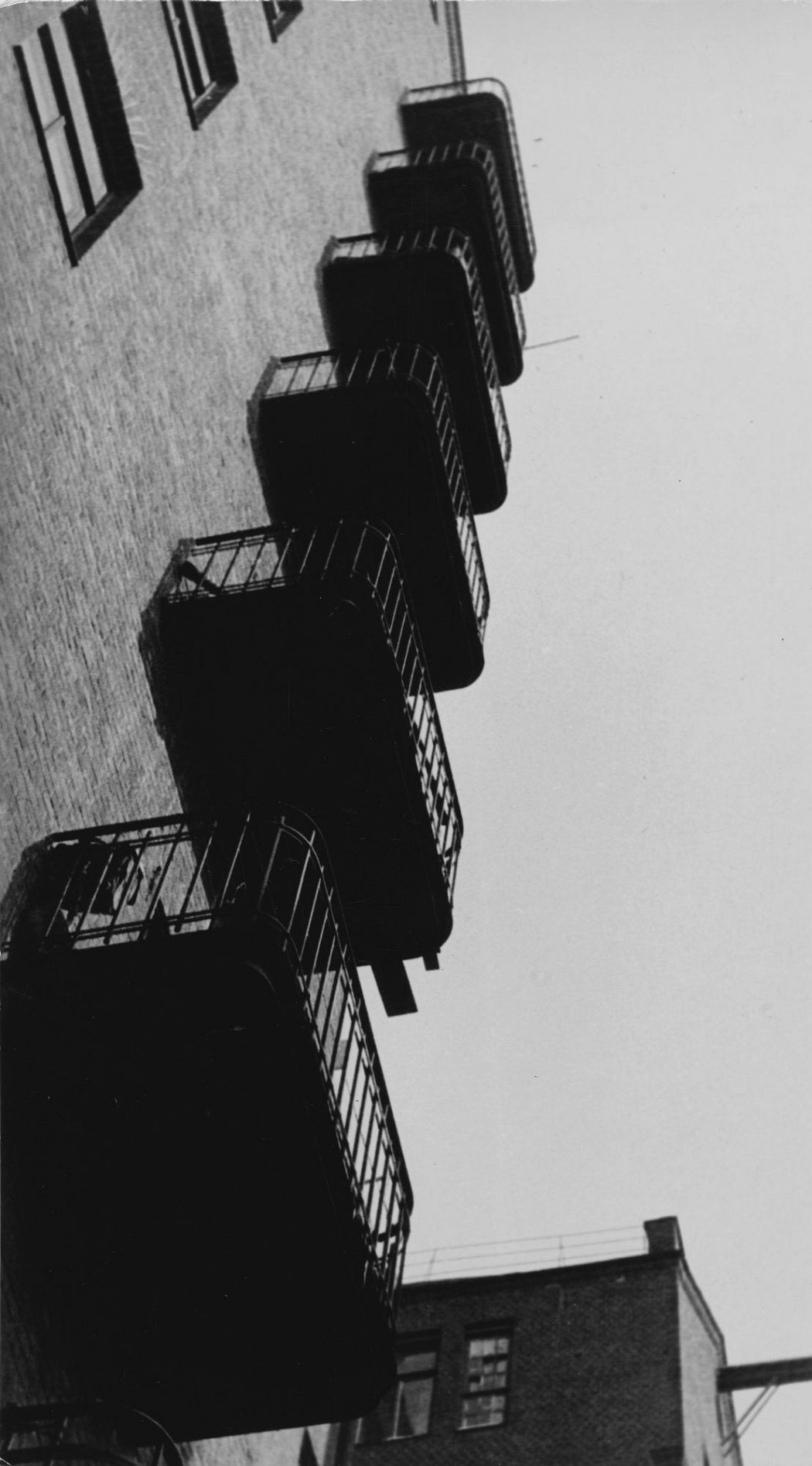 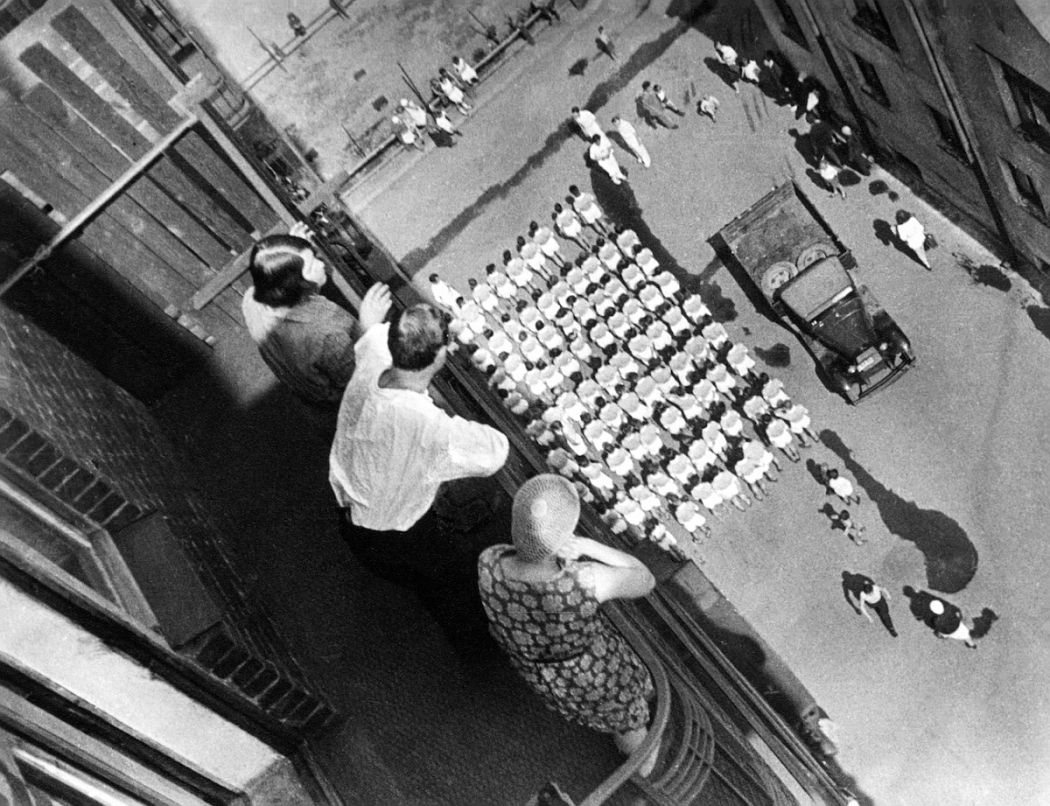 Alexander Rodchenko Gathering for a Demonstration 1928 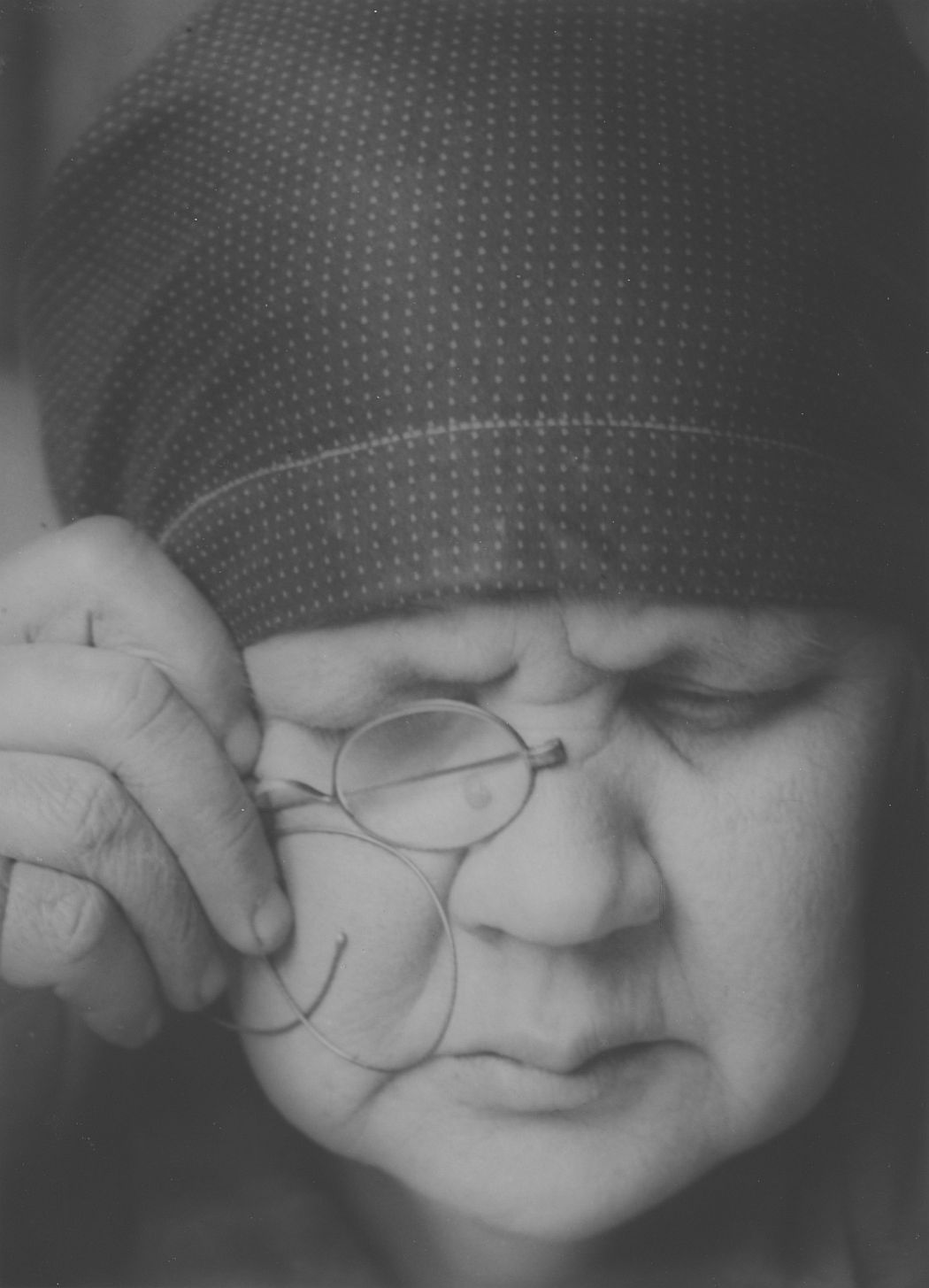 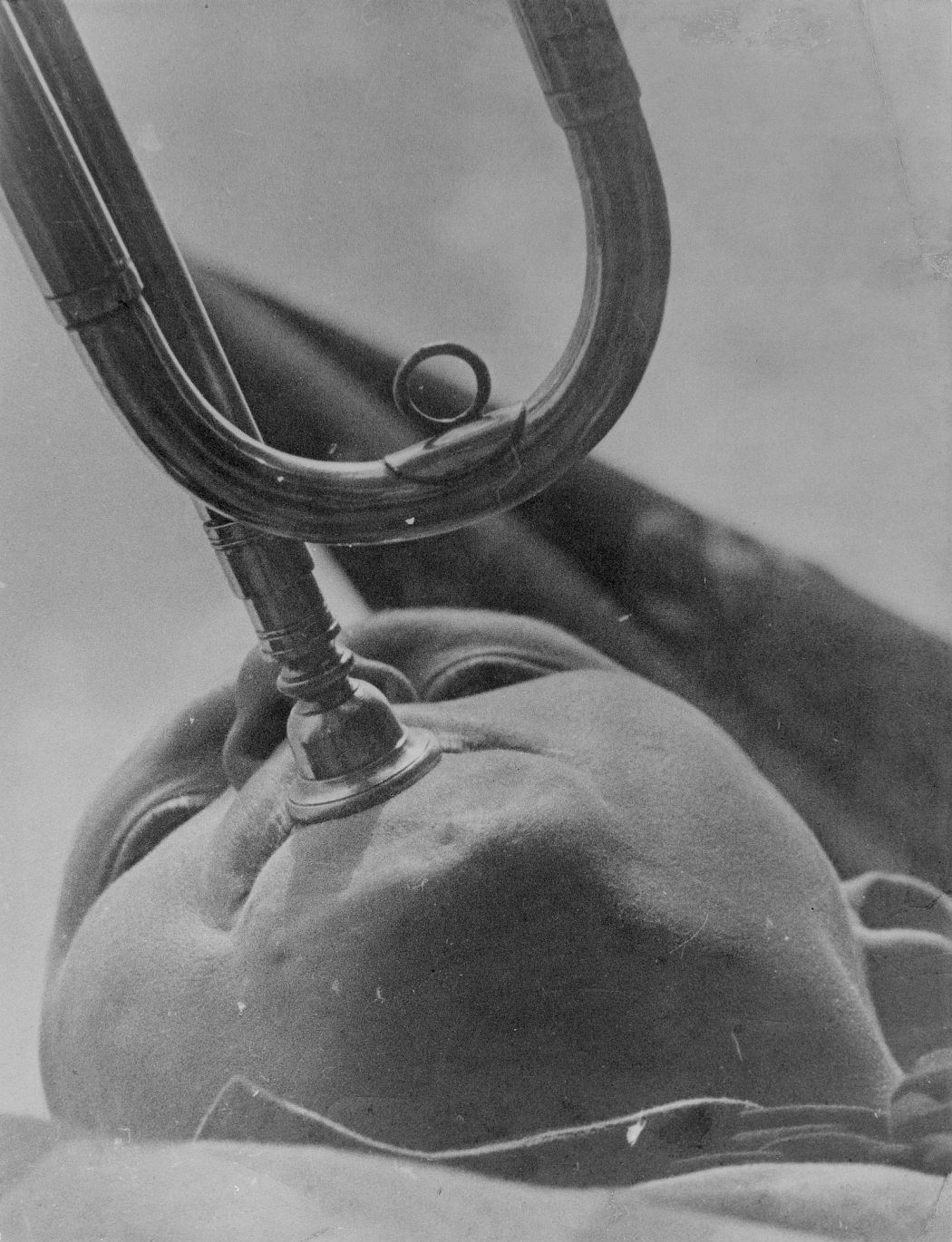 Alexander Rodchenko Pioneer with a Trumpet 1930 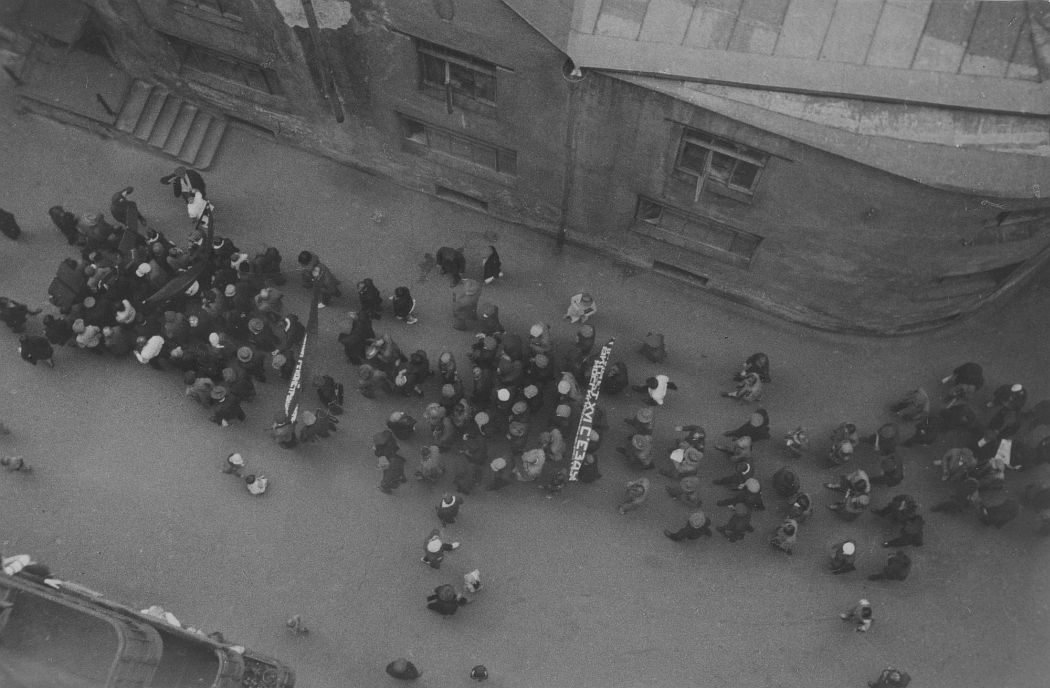 Aleksandr Rodchenko Gathering for a Demonstration 1932